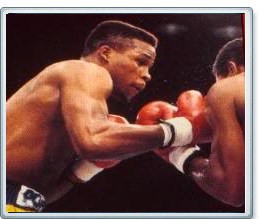 I can recall exactly where I was when JFK was assassinated in 1963 and when 9/11 occurred. I also knew where I was when Buster beat Tyson. However, when “Hollywood” Anthony Hembrick fought Booker T. Word in 1990, all I can recall was that it was on television, but I do remember the fight itself because boxing upsets always have had a way of finding a prominent place in my memory bank.

Moreover, this one fully met my requirements for a mugging to wit: It began early; it continued as a non-stop assault with multiple knockdowns; it was sudden and shocking; and for icing on the cake, this one involved a major upset.

The highly touted Hembrick (14-0 coming in) fought Word (16-1-1) at Fort Bragg in North Carolina where ex-army sergeant Hembrick was to perform in front of many of his former soldier buddies. At stake was the vacant USBA light heavyweight title.

Hembrick was a storied amateur while boxing for the U.S. Army, and also an Olympic middleweight hopeful but his reputation took a big hit when, amidst a tragedy of errors, he missed the bus on his way to his first Olympic fight at Chamshil Students’ Gymnasium in Seoul. He was disqualified and the match was awarded to South Korean Ha Jong-Ho.

The entire episode became a case of massive finger-pointing and buck-passing within the U.S. boxing delegation. Hembrick had been the apparent victim of a foul-up by U.S boxing coach Ken Adams and assistant coach Hank Johnson when they reportedly misread Monday’s schedule and brought Hembrick to the Chamshil Gymnasium too late for his scheduled fight. In boxing lore, the Detroit native would forevermore be known as “the guy who missed the bus.”

Coming into the ring, the heavily favored and overconfident Hembrick—looking to erase the memory of Seoul—did one of the most imbecilic walk-ins ever witnessed on television. Unimpressed, the squat Word (also from Michigan) immediately launched a blitzkrieg attack.  At just over the one-minute mark, he drilled Hembrick with a wide right. Hollywood went down like he had been sapped and the fight could have been stopped at that point, but referee Rafael Ramos inexplicably let it continue. After Anthony was knocked down, Ramos asked him;

The second somewhat delayed knockdown was equally malevolent courtesy of a left hook, but Ramos, an otherwise excellent referee who himself was once stationed with the 82nd Airborne Division in Fort Bragg, was apparently having an off night. He again let the sudden assault (which had now become a slaughter) continue until finally Word finished the mugging by rushing in and putting the brash Hembrick to sleep with a savage right that landed flush on his defenseless opponent. It was a free shot much like the one James “The Heat” Kinchen landed on Alex Ramos in 1984 and it was frightening to witness. The beating stunned the crowd into silence and sent Hembrick to a nearby hospital where he was treated for a head wound.

Here it is Boogaloo and all: https://www.youtube.com/watch?v=9j2SfzKShS8

The fight also put Hembrick’s pro future in serious doubt, though he did go undefeated in his next nine fights. He finished in 1996 with a 31-8-2 record losing every time he stepped up—including two stoppage losses to a prime James Toney.  He retired in 1996

Ironically, Word did poorly after this major upset and finished 23-12-2, losing his last eight all by KO, but at least he had the satisfaction of perpetrating a dramatic mugging on a heavily favored “Olympian “in the hostile environment of Fort Bragg.