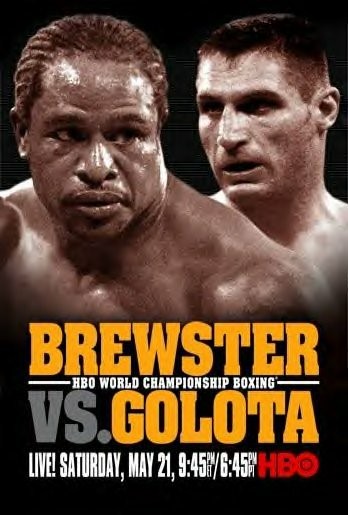 Here is the Lewis-Golota fight in Atlantic City in 2003 which featured two old school walk-ins and two prime heavyweights: https://www.youtube.com/watch?v=KUAYl5n6O48

Lewis had Golota on the defensive immediately by deftly using his strong left jab and as the first minute of the fight came to close, he was able to land a powerful right hook that stunned Golota and sent him into the corner. With Golota’s back now against the turnbuckle, Lewis proceeded to land a six-punch combination that sent Golota to the canvas. Golota, heretofore unfamiliar with a visit to queer Street, was able to back up, but was clearly dazed from the exchange and had trouble finding his balance. Nevertheless, referee Joe Cortez showed that he was “fair” by allowing Golota to continue but Andrew was then met with a furious assault from Lewis, who landed an over 10-punch combination that again sent Golota down. This time Cortez showed he also was “firm” by quickly stopping the rout as Lewis prevailed by knockout after only 95 seconds of action.

If there is anything that can even begin to compare to a NYC mugging, it’s one that happens in Chicago and that’s where this one occurred. Lamon Brewster, the perpetrator (32-2), was dressed in camouflage and that should have served as a warning, but no one expected what happened—least of all “The Foul Pole” who had been involved in humiliating meltdowns including two low-blow disqualification losses to Riddick Bowe (who was ringside), the quick mugging loss against Lennox Lewis, and inexplicably quitting against Michael Grant and Mike Tyson. Still, there was a sense that this might be Golota’s time as he was coming off several solid efforts since the Grant fiasco in 1999.

This time, the Lou Duva-trained Andrew did not have time to melt. This quick assault was over in 53 furious seconds as the Pole fell three times. A left hook downstairs and upstairs did it in just 13 seconds. Another put the Pole through the ropes. Finally, another left hook ended the slaughter. It all happened in 53 seconds.