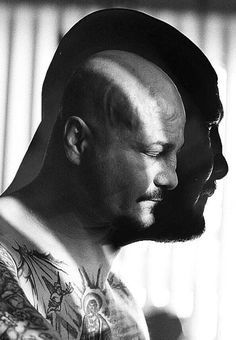 Fans cheer, as blood flows from a cut.  As a war wages on between two gladiators, spectators watch in awe, on the edge of their seats.

Fighters are immortalized by how brutally they compete inside the ring; under the bright lights, in big venues, in small, smoked filled warehouses.  Fighters risk their health, for pennies on the dollar, for the entertainment of others.

However, when the ring is torn down, the lights turned out, their life switch is still turned on.  You see, many of the most respected action fighters of the past twenty years, have troubled lives outside of the ring.  It’s the driving force behind the explosives inside the ring, they live in the manner in which they fight; with reckless abandon.

Johnny Tapia lived a double life, world champion by day, troubled soul by night.  In the HBO Documentary, “Tapia” Johnny was open and candid about his trials and tribulations.  His battles against Romero and Ayala pale in comparison to his battle with drugs and depression.  When you put it all together, Tapia was produced by nature, fueled with fire.  And so when he stepped inside the ring, he was already defeated, yet he continued to win, becoming a beloved world champion.  “Mi Vida Loca” wasn’t just a nickname, it was a lifestyle.  He came from nothing, from a barrio with no hope for the future.  Yet against all odds, he reached heights that someone from his neighborhood never even dreams of.

The tattoos told a story of good vs evil; laughter and pain.  No one put a city on the map like Johnny did Albuquerque.  Before Ludacris made area codes popular, everyone knew where the 505 was.  Until this day, Tapia is a legend in “the Burque”, even in death he inspires young boys to be great.

“Chico” Corrales was born to fight, equipped with the limbs that Cratus, the god of power and strength, polished himself.  No one was more determined than Corrales, pulling himself off the canvas time and time again.  When Corrales suffered a horrific cut inside his mouth against Joel Casamayor, he begged to continue.  When Castillo viciously dropped him twice, he simply got up, waited patiently for the count and proceeded to stop Castillo in the fight of the decade.

Prison couldn’t stop “Chico”. Divorce and marital spats couldn’t stop “Chico”.  Heavy fisted fighters could only momentarily stop him in his tracks.  However, Corrales met his match on a Las Vegas roadway.  Speeding home on a May night, Corrales was killed in a motorcycle accident.  This time, “Chico” couldn’t beat the count.  His longtime promoter Gary Shaw stated, “He lived an ‘X Games’ lifestyle, he was a true warrior.  He did everything hard and fast”.

Arturo Gatti will be considered a folk hero one day.  We’ll share stories with our children and grandchildren and they won’t believe us.  Luckily we have YouTube. How could anyone believe Gatti was a real-life gladiator. There were the Robinson fights, both fights were fight of the year candidates. The Ward trilogy catapulted Gatti to stardom he had never seen before.  He was everyone’s favorite fighter, loved by all.  They say respect is earned, not given.  No one was more respected than Gatti inside the ring.

The last image of Gatti is a spilt lip, lifeless on all 4’s against gatekeeper, Alfonso Gomez.  It was a heart breaking night, witnessing a declining warrior lay helpless in defeat.  The glory days gone and the only thought left is, when does he ride off into the sunset?  Fortunately he walked away without ever taking a publicized beating again.

Yet the fairy tale ending his caring fans wished for, ended in a pool of blood, just like the majority of fights. Once again, fans witnessed a lifeless Gatti, this for the final time.  All reports read suicide regardless of the controversies surrounding the case.  It’s hard to believe a competitor like Gatti would go out like that. Not our “Thunder”.

27-0 27 knockouts.  18 consecutive first round knockouts.  Sounds a like a monster, an unbeatable beast.  Edwin Valero was tormenting opposition from the Super Featherweight to the Lightweight division.  Golden Boy had their Pacquiao; a machine, a fighter destined for greatness.   However, the battles inside the ring were much easier than the battles outside the ring.

After multiple assault accusations over a span of a year, Valero was ordered to complete 6 months of psychiatric rehabilitation.  In February of 2010, Valero would systematically destroy Antonio DeMarco to retain his WBC Lightweight title.  It was the last we saw of Valero.

On April 18, 2010, Valero was arrested on suspicion of killing his wife.  Hours later, he was found dead, hanging inside his cell.

You cannot measure heart, whether mended or broken, these fighters hearts are usually poured onto a bloody canvass with human brushes.  Fighters like the above-mentioned do not fight the opponents across from them.  They fight the demons of their past; unable to chase the bad dreams away.  They’re fighters by trade but warriors by spirit, gladiators in battle.

We as normal humans, work a 9-to-5, put a career, job hat on and knock out the day.  At the end of our shift, we lock up the office, take off that hat and return to our normalcy.  Blood and guts fighters have no switch, no normalcy.  The ring is their sanctuary, away from the struggles of everyday life.  For 36 minutes, there are no worries, no drugs, no prison and no demons. They’re free, mind, body and soul, they’re artists and performers.

So take a moment and thank these gentleman for the spilled blood, broken bones and sacrifices they made for our entertainment.  They fought a fight they could never win, a personal one, yet they fought as hard as they could, until the final bell.