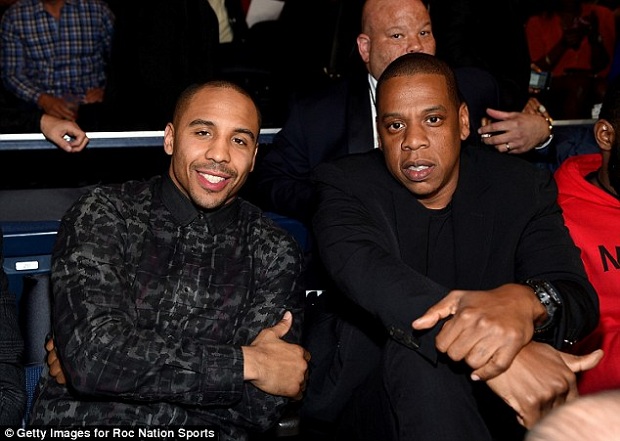 After spending months trying in vain to wedge itself into the boxing mainstream, Jay Z’s Roc Nation Sports became a major player in the business in less than one full business day.

On Friday, not only did Roc Nation add its first superstar to the team in undefeated super middleweight kingpin Andre Ward, but they also added an immediate veteran infrastructure and supporting stable by finalizing details to purchase Gary Shaw Productions, which represents heavyweight contender Bryant Jennings, junior welterweight contender Thomas Dulorme, Australian former middleweight titlist Daniel Geale, and several other mid-level contenders/prospects. Roc Nation will also be retaining the services of Shaw, himself, who has run his own company since 2002 and served as a long-time assistant at Main Events prior to that.

After having acquired it’s own major promotional team, now, the company seems set about working with their own assets first. And unlike hip-hip rival 50 Cent’s so-far failed boxing efforts, which focused on big name talent without regard to their fighters’ reputations as head cases or front runners, Jay Z’s team seems top-to-bottom solid.

Andre Ward, of course, is the key figure for Roc Nation Sport’s boxing division and will be the figurehead around which an empire can be built. Turning 31 in February, he still has plenty of career ahead of him and has accomplished enough so far to be considered no. 2 pound-for-pound fighter in the world and on the threshold of all-time greatness at super middleweight.

Legal issues with former promoter Goossen Promotions have kept Ward inactive, with only two bouts since winning the Super Six super middleweight tournament in December of 2011 and nothing in the last fourteen months. (No details have been released as of this writing as to how Ward was finally able to gain release from his Goossen contract) But frustrated fans will forgive the inactivity as soon as Ward resumes any sort of regular schedule.

Ward has been much maligned by critics for a perceived lack of drawing power, but those attacks tend to be mostly agenda driven, since the TV ratings clearly paint a different picture. Ward has consistently placed among the top ratings draws when it comes to American fighters since his move to HBO, right behind Floyd Mayweather and Bernard Hopkins.

High-profile bouts will be hard to come by for a man who has already once cleaned out his division, but Julio Cesar Chavez, Gennday Golovkin, and a rematch with Carl Froch would all be people-pleasers. A move up to light heavyweight, where Sergey Kovalev and Adonis Stevenson reign, would also bring in a lot of attention.

In the meantime, Shaw’s stable should provide for plenty of economic viability with Jennings on the cusp of a big-money NY title shot against Wladimir Klitschko this year and Dulorme likely one or two fights away from a world title shot.

Junior featherweight champ Guillermo Rigondeaux, who was flown in to New York to see the Roc Nation kick-off on Friday, is also rumored to be a possible signee for the upstart company and another well-respected name around which the company can be built.

Barring some bizarre implosion of egos and money, Roc Nation Sports has hit the ground running, finally, and should be a major player in boxing for quite awhile.