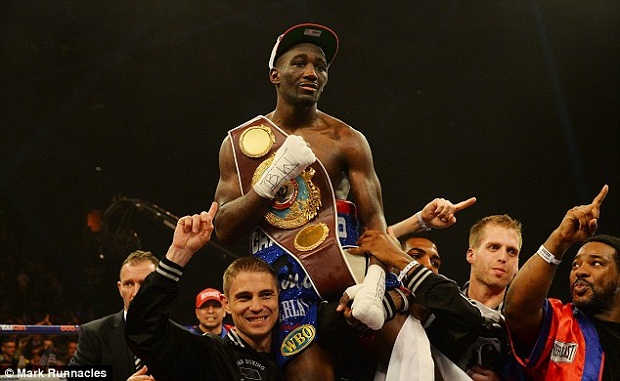 WBO President Francisco Valcarcel is already making provisions should lightweight world titlist Terence Crawford (25-0, 17 KOs) decide to follow through with his word to vacate the 135 lb. title for a crack at the WBO junior welterweight strap.

According to Valcarcel, Crawford would be put in line to immediately challenge for his organization’s 140 lb. strap, which is currently vacant pending a commission hearing.

Later this month, the WBO will determine whether the WBO’s stripping of defending champ Chris Algieri (20-1, 8 KOs) prior to his November bout with welterweight titlist Manny Pacquiao was legal under commission bylaws.

If the WBO’s decision is upheld, Algieri will remain the no. 1 contender and Crawford will leapfrog no. 2 contender Lucas Matthysse to battle Algieri for the vacant title. If the belt is returned to Algieri, Crawford would still cut in line ahead of Matthysse to challenge for the belt. Matthysse would then, presumably, be bumped up to no. 1 contender status and declared mandatory opponent for the winner.

Crawford-Algieri is targeted for some time in March or April.