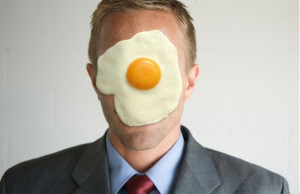 Welcome to The Southpaw, the column that’s hurt not by words but by left hooks to the body:

At the end of every piece of work I’ve ever submitted to the Boxing Tribune in the nearly four years I’ve been doing this, I’ve signed off with “Fan mail, hate mail, and [joke of the week] can be sent to beatcap@gmail.com.” Sure enough, over the years, I’ve received fan mail, I’ve received hate mail, and I’ve received correspondence that makes me think of Bill Simmons’ catchphrase “Yup, these are my readers.”

Recently, though, I’ve caused a bit of a firestorm with the way I handle my Friday Night Fights previews, and the whole thing makes me think that I need to give everyone a look into the process by which I put the preview out every Wednesday so that you guys know what that article is…and what it is not. First off:

The Friday Night Fights Preview is intended to give a casual fan a good idea of what to expect in the actual ring during the actual show.

I got skewered (and probably rightly so) for glossing over the context of Sergio Mora’s fight this week against Abie Han, alluding to Jermain Taylor’s legal troubles without mentioning that had Taylor not turned his own world upside down, the originally scheduled fight would have been an actual title shot for Mora rather than the IBF playing the minor belt/eliminator for a vacated title card. I alluded very loosely to it insofar as yes, I mentioned the USBA trinket on the line, and even mentioned Jermain Taylor in passing.

The reason for this is simple: I care only about what’s going on right now, not what has transpired or (and this is critical) could have transpired if not for events. The Friday Night Fights preview is not a broader-boxing-news column. It’s purely about the two guys who will be touching gloves before chucking leather for however many rounds, nothing more.

My predictions are largely an educated guess based on patterns that have emerged from watching these shows since 1999. I have not seen every fight by every fighter.

There exists a critical difference between talking about a guy who’s on Friday Night Fights frequently and who any fan of the show should be very well familiar with (past examples of this include Hank Lundy, Ruslan Provodnikov, and back further in the day Ray Oliveira and Micky Ward) and guys who have never been on national television before or for whom most of their fights on these D-League-level shows have been on something like ShoBox rather than FNF.

I am not a gym rat, nor do I cover club fights, and I am especially unable to cover club fights in places far from where I live, which is Seattle. This was particularly evident last week, when I grossly underrated Thomas Falowo’s chances against Russell Lamour and implied that the “Souljah” was nothing more than a club fighter and a gatekeeper-in-the-making.

When I don’t have firsthand experience with a guy who’s been coming up, I have to draw certain conclusions based on patterns frequently found in boxing’s well-documented history at this particular level of fight. That deserves its own headline:

A fighter’s chances are based on three diagnostic criteria: Who have you fought, where was the fight, and what have similar fights in the past taught me about what this fight’s going to look like?

There are two types of undefeated fighter on a show like FNF. One is the fraud with the gaudy record, a guy who may be unbeaten but who is more a puffed-up record as an underdog than the prospect being showcased. Case in point, last week’s main event: Karl Dargan was talked up by his people as a champion in the making, and they thought Tony Luis was going to be a game but ultimately beatable opponent. Luis decisively proved them wrong, exposing their fighter in the process, and the same could be said for Falowo in the co-feature against Lamour.

But really—have you never seen a Main Events boxing card before, especially at the NBC/ESPN level? Those guys are absolutely notorious for putting on shows that look on paper to be competitive but fail to deliver the goods because they’re ultimately showcase squashes. There was no reason in the record for me to believe otherwise, which is why I made the bold statements I did. Consider my lead sentence in the Recap: I was “gloriously” wrong. I expected junk and got a night of boxing for the ages.

It is one thing if I am writing about a guy whose strengths and weaknesses I’ve seen with my own eyes, but in the case of a show where club fighters stepped up to fight in feature shows, I had to make an educated guess based on other, similar fights in the past. I couldn’t go to YouTube or spend hours with my collection of boxing tapes from all over the world that I don’t have. Even if I had that level of access, there’s one final problem:

I write for passion and love of the game, putting 10-15 hours a week into this total. This is not my primary source of income (yet); I work 40 hours in an office.

Dan Rafael (for example) has one major advantage over me where regards writing about this sport. For him, knowing everything there is to know about a fight and the fighters in it is his full-time bread and butter. If he drops a fact (or one slips his mind), he gets egg on his face and gets called out for it by his superiors.

From 7 to 3:30 each day, I’m in an office doing accounts receivable for a corporation. I am kept sufficiently busy that I don’t even have the free time to sneak a look at the boxing press…and as Paul Magno points out week in and week out in his Monday Rant, it’s not like following the boxing media’s going to make me a damn bit more educated anyway, since it’s all press releases filtered down through willing shills for whichever promoter’s paying for the food spread and the “access” anyway.

If I were writing about the NBA, I could read Marc Stein and Zach Lowe and Adrian Wojnarowski and provide some very strong, well-argued takes even though at best I’d probably be able to watch one game a night on League Pass. If I were writing about the NFL, John Clayton and Bill Barnwell could keep me covered (but not Peter King, who is to the NFL what the blogger with the press release in his hand is to boxing).

Instead, I write about boxing, a sport where I have to put all that scuttlebutt aside (hey, I heard they’re going to announce Pacquiao-Mayweather during New Girl next week! Yeah, Zooey Deschanel’s going to break character right after a scene where she’s having pillow talk with her love interest and tell the whole story. I HAVE SOURCES.)

I use my own best guess to get people ready for what’s actually going to happen in the ring when the bell rings to start the fight. It’s more like predicting the weather than anything. Sometimes I’m right. Other times…I get a shitstorm in my email inbox, an apologetic tone in my Recap, and a little birdy telling me that I pissed off a lot of people by implying they were anything less than true warriors.

I heard through the grapevine that Thomas Falowo was hurt by the words I used to describe him in the run-up to that Russell Lamour fight. That, more than anything, hurt me, since I like to think of myself as a guy who goes out of his way to praise the hard work that every fighter puts in, putting his health and indeed his very life on the line, win or lose. I’m sorry, Souljah. I underestimated you…and you proved to me and everyone else watching that you’re a legit, badass dude who’s a better fighter than your record indicated. Congratulations, man. Contrary to popular belief, I actually love it when underdogs prove me wrong. Can’t wait to see your next fight on national TV.

Oh, and one other thing. If I talk smack about someone and they hear about it, and they use my words as locker room fodder to give them some extra motivation to fight just a little harder and with just a little more of a chip on their shoulder come fight night? On some personal level, that validates the work I do. I never dreamed I’d have even that much influence. Not bad for a guy who’s getting up early in the morning in order to put words on a page and hope someone is reading.

Thank you to everyone who continues to read my stuff around here. You guys make this all worthwhile. Enjoy the fights.

Fox Doucette covers Friday Night Fights for The Boxing Tribune and writes the weekly What If alternate-history series for this publication. His opinion column, The Southpaw, appears on Thursdays. Fan mail, hate mail, and some toast to go with the egg on my face can be sent to beatcap@gmail.com.