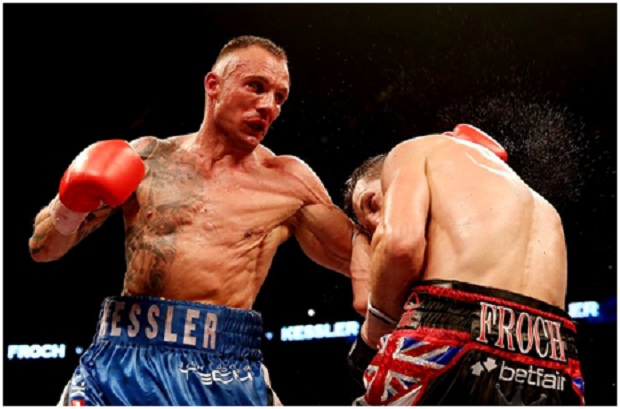 “I have thought long and hard over the options, which have been made available, but none of these options are enough to get me motivated,”—Mikkel Kessler

“I’m mentally stopping my career and will try to move on, but if an incredible offer comes from one of them [Ward or Froch] , then I’d be ready.”—Kessler

Kessler (46-3, 35 KO) turned pro in 1998 and eventually became a major star in Denmark, winning his first world title in 2004 when he beat Manny Siaca for the WBA super middleweight title. He made four defenses of the title against Anthony Mundine, Eric Lucas, Markus Beyer, and Librado Andrade, before facing undefeated Joe Calzaghe (43-0) in a big Euro War unification bout in November 2007 in Wales. Calzaghe affirmed his status as the best 168-pound fighter in the world as he beat Kessler (39-0) over 12 rounds. It wasn’t a shelling in the manner of Jeff Lacy but it was a dominant win.

The Viking Warrior came back beating Dimitri Sartison (22-0) for the vacant “regular” WBA title, which was elevated to super title status ahead of Kessler’s 2009 fight with undefeated American Andre Ward (20-0) in the first stage of the Super Six World Boxing Classic. Ward had his way with Kessler that night and emerged as a star in his own right as Kessler once again served as a high-profile stepping stone for someone else, but the “Warrior” fought once more in the Classic beating Carl Froch (26-0), before dropping out of the tournament due to an eye injury. At this point it’s worth noting that many of Mikkel’s opponents were undefeated coming in.

In June 2011 Kessler stopped Frenchman Mehdi Bouadla and then in May 2012 beat Allan Green (31-3) with a highlight reel KO after Kessler had to get off the canvas in the first round. https://www.youtube.com/watch?v=Tq5rQd0oOcQ

In December 2012, he beat Brian Magee to once again claim the “regular” WBA title, before setting up a 2013 rematch with Froch in London on May 25, 2013.. Froch won finishing strong. Kessler has not been in the ring since.

Without being able to get a match with either Ward or Froch, Kessler has now retired; He will be remembered as among the top super middleweights of all time, as he gave both Calzaghe and Froch all they could handle and always behaved in a classy manner both inside and outside of the ring,