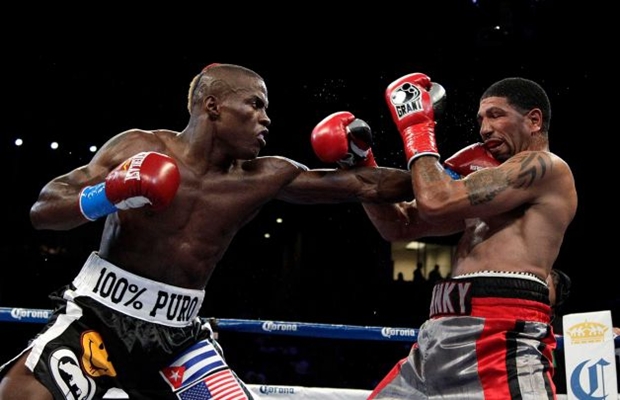 Not too long after abandoning the WBO middleweight title (and a career-high $1.4 million payday) rather than face mandatory challenger Matt Korobov, Peter Quillin will be allowed back into the mix to challenge newly-crowned champ Andy Lee, who knocked out Korobov last December to take the vacant belt.

Ranked no. 2 by the WBO, Quillin had to pay no. 1 contender Billy Joe Saunders step aside money (reportedly $100K) to get first crack at Ireland’s Lee.

Quillin-Lee is rumored to play chief support to the Danny Garcia-Lamont Peterson main event on the April 11 edition of Al Haymon’s Premier Boxing Champions on NBC.