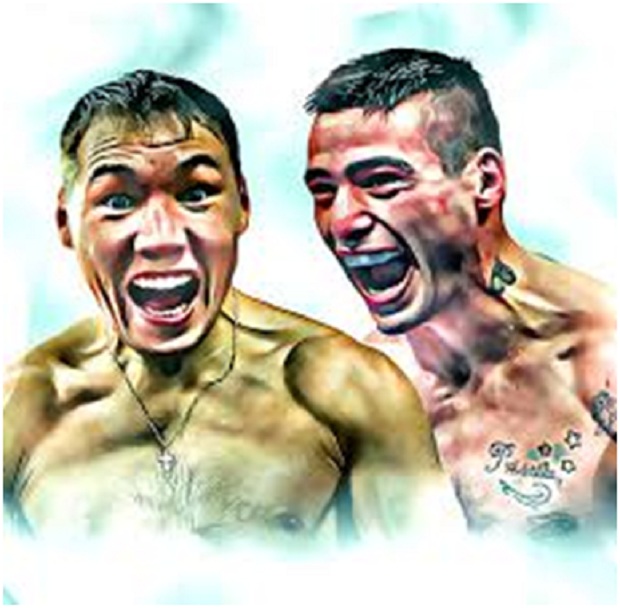 “There was violence in the air, all around the fight.”—Brendan Ingle (Trainer) re the Benn-G-Man fight

When Tommy Hearns came out to fight Marvelous Marvin Hagler, everyone knew it would be a war. It was the same with McClellan vs. Benn. De La Hoya vs. Vargas was like that and so was the grueling Marquez–Vargas series. The Rios-Alvarado trilogy came close and the Graziano-Zale trilogy defined it. There have been many others where the respective styles and demeanor of the combatants will virtually guarantee a violent and uncommon momentum. Heck, when James Kirkland is in his zone, mayhem will be forthcoming.

Thus, when Lucas Martin Matthysse (36-3) meets Ruslan Provodnikov (24-3) on April 18, 2015 in Verona, NY, you know exactly what to expect given the ferocious and intense styles of both men. Even their nicknames –“Machine” and “Siberian Rocky” suggest mayhem..The violent momentum of this one will increase as the rounds go by until the explosive end. Hopefully, it will not be a journey to hell where two fighters share something awful and go beyond the brink. Matthysse and John Molina came close to doing that in April 2014 as did Provodnikov and Timothy Bradley in March 2013.

In my view, Matthysse may be too ring savvy for the one-dimensional Siberian monster and should be able to use Ruslan’s head as a punching bag, but Ruslan may come in with something different much as Alvarado did in the second Rios fight. Nevertheless, if Herrera can beat the Russian, certainly “The Machine” can do it with his resiliency, two-handed power, and hand speed.

From a non-event perspective, this one should prove far more exciting than Pac-Man- Mayweather. It will be the type of fight every boxing fan wants to see.

But as Jim McGrady of the Boxing Tribune puts it in describing the tragic Benn-McClellan war, hopefully it will not be “with a result that makes us wonder why we watch at all.”