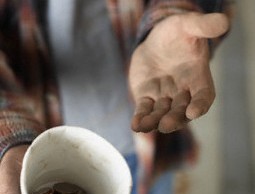 Welcome to The Southpaw, a column that can’t resist a good pun in a title:

First off, let me begin this weekly thousand-word aria di mezzo carattere by saying just one:

The traffic spike I’ve seen from getting the FNF stuff featured on ESPN’s Facebook page, and the pure joy that has come with stepping back into a role I’d left behind far too long? The knowledge that people in high places are not just reading, but enjoying and sharing the work I do and the piece of my soul I put into it every week? The validation of everything I’ve ever believed about myself as a writer even when everyone from high school English teachers to the people who have told me not to “waste my talents at math” and “do something practical”? It’s like a giant fuck-you to the teacher who laughed me out of the room when I was 16 and brought up the idea of trying to get into journalism school, the first time I’d shown any initiative as a kid toward…well…actually wanting to do something as a grown-up besides hang out in my mom’s basement playing video games all day and getting fucked up while out with my friends.

The thing is, though, success breeds success, but it also breeds a bit of introspection. When my stuff’s getting wider distribution on the regular, I have to ask myself why? What is it about my work in particular in a sea of work from smaller sites (don’t get me wrong, I’m proud of the Tribune and what we do here, but we’re not ESPN—we are to them what, say, VCU is to Duke in basketball. We have to bust our asses to make a deep tournament run) that makes it worthy of being featured?

The first and most obvious answer is its quality—those of you who read the weekly stuff and have since I was still at Nevada-Reno doing this as a something-to-do-in-college gig know that I am (or at least I like to think I am) a cut above the average writer in terms of my ability to turn a phrase.

The less-obvious answer? I don’t know if you’ve noticed, but there’s been a bit of a change in tone lately in my FNF coverage. Knowing that I have a wider audience that can be reached tends to keep in my mind the thought that I need to be writing for that wider audience and for the decision-makers who can keep that audience engaged on a regular basis with my content so that it entrenches itself in their minds as a good destination.

A few weeks ago, I wrote a blistering criticism of ESPN’s matchmaking in advance of a show that I thought was going to be a night of squash matches. Of course they didn’t feature it—why would they? Someone was coming after the brand. But worse than that, when the actual show came around, the fighters involved (Tony Luis and Thomas Falowo) made a monkey out of me—I’d written them off as jobbers, but they came away with impressive wins. It’s one thing to bite the hand that feeds you fights to write about every week. It’s another thing to stick your neck out and get it chopped the hell off.

So I re-evaluated my approach to writing. I’d always felt like I needed to throw bombs because it gives the stamp of the outsider to someone. But was it really how I felt? Of course not. I’m a fan of the show on the Worldwide Leader and genuinely enjoy being something of the unofficial third man in the booth with the way I engage the social media audience. I’m on very public record that if ESPN offered me a full-time writing gig, I’d ditch the day job in accounts receivable in a heartbeat.

You’ll notice now that I’m trying to do my best to walk the fine line between editorial independence and the marketability of the product. If I were feeling particularly uncharitable, I’d point out that this week’s FNF card has “showcase squashes” written all over it. I chose instead to highlight the favorites in a way that is much more positive—I took a bit of a swipe at Antwone Smith, sure, but never did I cross the line over what I think it’s fair to say Teddy Atlas might well talk about when the bell rings to start the first round. When it came to talking up the favorite, Tony Harrison, I chose to point out that despite the questionable opposition, the guy has knockout power that fans will enjoy watching.

So it went in the second fight as well. Not only did I explain who Ievgen Khytrov is and why you should care, I even pointed out that he’s in against a guy who might just knock him out if lightning strikes just right. That’s a recipe, in the best-case scenario, for a great fight. I even compared Khytrov to Guillermo Rigondeaux and gave ESPN some love for the way they introduced Rigo to American audiences.

All of the above could get me accused of “shilling” if one believes I’ve got an ulterior motive (y’know, other than the one all writers have of getting eyeballs in front of their work.) There are plenty of shills in boxing media—my boss calls ’em out every week in his Monday Rant. Go ahead and read that linked Southpaw column from a few weeks back again—I outright admit my work is, on some level, for sale.

See, if I’m ever to work for a truly mainstream media outlet, one that doesn’t have the independence the Boxing Tribune has but rather is beholden to sponsors and the politics of the sport they broadcast and cover, I’m going to have to learn how to write my opinion without it being needlessly incendiary.

The key word is “needlessly”. Go back and read last week’s FNF Recap again. There is room for flamethrowing when it’s merited, and if you’re going to play that game, you’ve got to play it right—find a deserving target (referees and judges are just about always fair game) and let the sparks fly. That “reputation for integrity” may, in the end, be an invented construct, but you’ve got to believe in what you do and what you say, and you can rest assured that’s always on my mind as well.

Have I sold out? Fame’s a hell of a drug. But am I a “shill”? Oh, just shut your goddamn pie hole and go back to your Twitter feuds and your guttersnipe pissant blog. I write what I believe. I’ve just grown up a bit and learned how to do it in a way that doesn’t burn bridges.

Because hell, I really, really don’t want to spend the rest of my life in accounts receivable.

Fox Doucette covers Friday Night Fights for The Boxing Tribune and writes the weekly What If alternate-history series for this publication. His opinion column, The Southpaw, appears on Thursdays. Fan mail, hate mail, and the collected works of Acevedo and Montoya can be sent to beatcap@gmail.com.