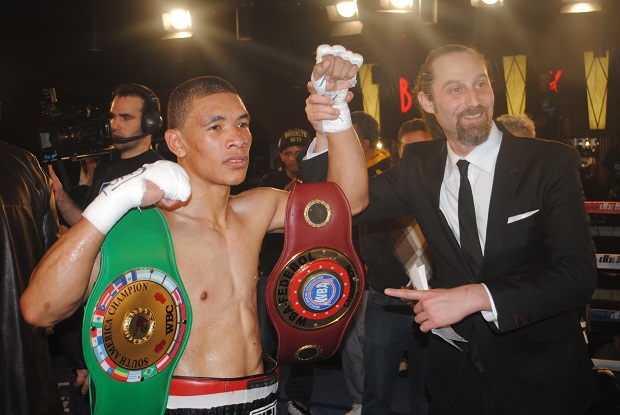 Garcia, who was set to meet former IBF welterweight world titlist Shawn Porter on a card headlined by Andre Berto vs. Josesito Lopez, never even made it to Thursday’s weigh-in. Reports vary as to how overweight he was as of Thursday, with some saying four pounds over the contracted welterweight limit and others insisting that it was much more.

In his place, 26-year-old Erick Bone (16-1, 8 KOs) was selected to face Porter and is reportedly en route to Ontario, California as of this writing.

Bone is a native of Ecuador, but has had his last four fights in the United States and is 4-0 since suffering his only professional defeat in 2013 via split decision against Alberto Mosquera in Quito, Ecuador.

In possession of obvious raw athletic talent, Bone has delivered uneven performances throughout his young career, looking at times like a young, quality prospect, but then, at other times, like a cautious high-end journeyman-level fighter. His resume is relatively slim, but his biggest win to date is a fifth round TKO of former contender Francisco “Gato” Figueroa in April of 2014.