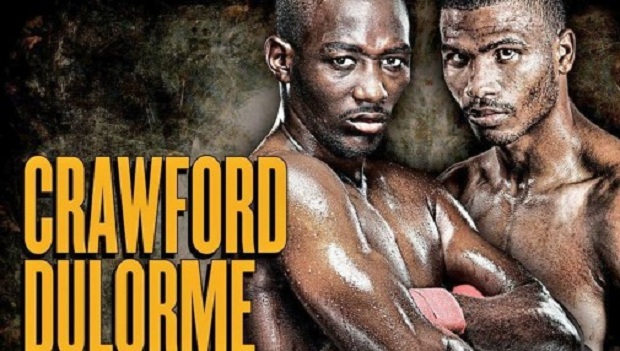 The road to boxing stardom is rigged with many obstacles. From ex-champs and one-time contenders to one-trick pretenders and battle-hardened journeymen. Terence Crawford (25-0, 17 KOs), despite glowing praise from media and The Boxing Tribune’s Fighter of the Year award last year, is still walking that long, hard road.

If he had been an Olympic darling or famous offspring or even if he had been gifted with the right representation from the very start, that road may have been shorter and less rugged.

But Crawford came from, almost literally, nowhere and it wasn’t until maybe eight or nine fights ago that anyone other than a small group of insiders would regard him as someone potentially important.

Since then, victories over Breidis Prescott, Ricky Burns, Yuriorkis Gamboa, and Ray Beltran have confirmed that Crawford is, indeed, someone special. And, in a perfect world, he’d be on the road to sure stardom based on the skill and ability he’s shown the world so far.

But boxing is far from a perfect world. It’s conceivable that Crawford could notch one superior performance after another against high-end opposition, yet never quite get to the level where he can sell out shows (outside of his hometown of Omaha, Nebraska) and attract big TV ratings.

And this is probably why the consensus best lightweight in the world is now stepping up to the talent and big name-rich junior welterweight division.

At 140 lbs., names like Danny Garcia, Adrien Broner, Lucas Matthysse, Ruslan Provodnikov, and Lamnont Peterson rule the roost. But even though promotional politics may prevent Crawford from ever fighting Al Haymon fighters like Garcia, Broner, and Peterson, the fact of the matter is that just being in that division may be enough to gain a career boost.

From 140 lbs. on up the American public starts paying greater attention. Plus, junior welter is only one weight class away from the glamorous welterweight division, which hosts a wealth of big-fight possibilities, including boxing’s two biggest names, Manny Pacquiao and Floyd Mayweather.

For Crawford to start getting the really BIG money and earning the correspondingly big kudos, he’ll have to beat a Pacquiao, a Mayweather, or at the very least, a Khan, Thurmon, Bradley, or Marquez.

But let’s not get ahead of ourselves.

On Saturday, April 18 Crawford will face well-regarded prospect/contender Thomas Dulorme (22-1, 14 KOs) at the University of Texas in Arlington, Texas on HBO.

Dulorme, who is also looking to break into the elite ranks at 140, will play gatekeeper to Crawford’s drive towards breakthrough stardom.

The 25-year-old Puerto Rican is a multi-talented boxer-puncher on a 6-0 streak since getting stopped by the rugged Luis Carlos Abregu two-and-a-half years ago. It was a match-up that may have been a case of too much, too soon for the young fighter.

Since the Abregu loss, Dulorme has racked up wins over the likes of Karim Mayfield and Henry Lundy while showing the world that he’s still an all-around talent with world class potential.

In terms of skill, Crawford will clearly have an advantage. But Dulorme is every bit his match in the areas of athleticism and power. Plus, this is every bit the big break for Dulorme as it is for Crawford. Another high-profile loss for Dulorme on HBO could send him straight to Telemundo, Univision, or wherever else Latino second tier fighters go to languish.

Crawford’s greatest edge in this bout is that he’s a smart fighter who works his opponents into set-ups and executes flawlessly. Dulorme, on the other hand, is simply not a cerebral fighter and often seems to be inventing a strategy as he goes along. You simply don’t become an elite via wing and prayer.

Expect a close first quarter of the bout before Crawford’s class and skill allows him to pull away. If he truly wants to make a splash in his 140 lb. debut, Crawford may even be able to stop Dulorme late– the opportunities will be there.