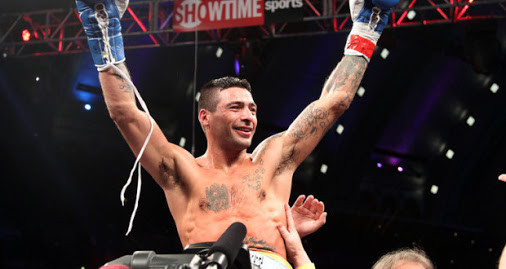 The end result may not have been a true Fight of the Year, but Provodnikov-Matthysse produced plenty of fireworks and highlight reel moments for both junior welterweight powerhouses.

Actually, for a fight scored so closely, there was relatively little drama until the very end of the bout as the usually come-forward Matthysse proved to be too mobile and well-rounded for the one-dimensional “Siberian Rocky.”

The ever-pressing Provodnikov, with a cut over his left eye and reddish-purple marks all over his face, rallied late in the fight as a tired Matthysse lost both spring in his step and power in his punches.

Ultimately, though, it was too little too late for Provodnikov, who lost by a 116-112 score on The Boxing Tribune’s unofficial scorecard.