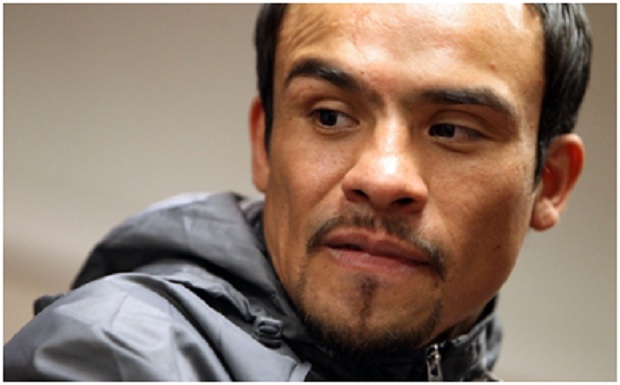 Juan Manuel Marquez has allegedly drunk his own urine and is a certified whiner (no pun intended), but he also is a rock-solid future Hall of Famer with a 56-7-1 record against remarkably stiff opposition.

In November 2006, the tough and talented Marquez (35-3-1 at the time) fought Filipino Jimrex Jaca (27-2-1) at the Dodge Arena in Hidalgo, Texas. After eight rounds of one-sided but highly spirited action–“one-sided” in favor of Marquez , Juan’s face had been rendered a bloody mess as a result of multiple head butts prompting the pro-Mexican crowd to whistle (boo) loudly. See: https://www.youtube.com/watch?v=Q8u5PS6_vNM

During the eighth round, Referee Laurence Cole escorted Marquez to the corner for the doctor to look at him. Amazingly, Cole said to Juan Manuel, “You are ahead on the scorecards.” He seemed to be suggesting to Marquez that if he decided to quit, the judges would go to the scorecards and award him the technical decision. Marquez would have none of this and with his body language said, “Let’s fight on.”

Marquez quickly took matters into his own capable hands and waxed Jaca with a double left hook. Marquez needed no help from the referee or anyone else for that matter.

Cole, of course, should have kept his mouth firmly clamped. Only the judges know what’s on their scorecards. Cole was way out of line, but to his credit, he later admitted he was wrong. However, he did receive stiff discipline for his brain cramp.