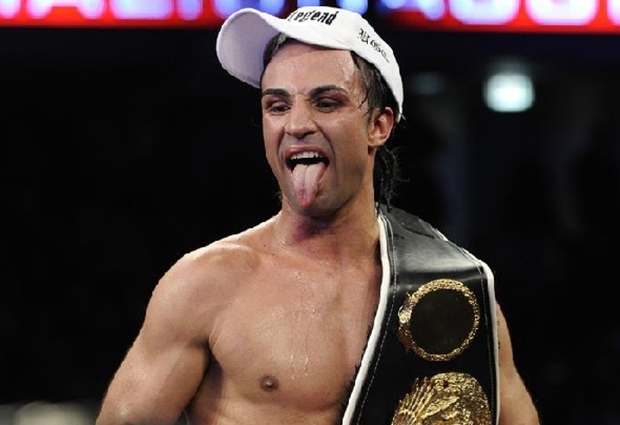 Thomas Hauser: There are a lot of celebrities today but very few icons. King is an icon and a larger-than-life legend. His style, his hair, his verbosity, his smile, his charisma, his bling; all of it is his own creation. He still stops a room when he enters. He may be old. He’s no longer the force in boxing that he once was. But he’s still Don King.

Paulie Malignaggi: I do have something against Pacquiao

Malignaggi: I feel like my style is going to be Kryptonite for him [Garcia].

Sugar Shane Mosley: “If Mayweather doesn’t want to fight Amir Khan, then I will

Amir Khan: I don’t want to give Mosley a beating

Khan: “I’d fight Floyd Mayweather for peanuts because I know that stylistically I can give him the biggest problems he’s ever had. I might have a harder fight with Manny Pacquiao and beat him but then I might have Mayweather and find it easier to beat him. It’s all about styles,”

Sergey Kovalev: He [Beterbiev] is known well in Russia, but by getting a shot at my title he will have a chance to get fame worldwide. On the other hand, it’s an exciting chance to crush his career instantly…. have always disliked him but it has nothing to do with his ethnicity [Beterbiev is of Chechen origin]. I’m not a nationalist and always vow for friendship between people. I just didn’t like him as a person.

Luke Campbell: “”He [Tommy Coyle] puts every breath he has on social media.”

Andy Lee: “It was an immature and foolish comment that he [Billy Joe Sanders] made publicly…U will make sure he feels immature and foolish on fight night. I urge all the women who have been offended by him to sit back and enjoy the painful lesson I will give him on your behalf.”

Oscar De La Hoya: “‘Southpaw’ ultimately lapses into stereotype and does a disservice to its audience…Gunplay at black-tie functions; fighters unleashing uncontrollable rages at home; promoters fixing fights. Has this type of behavior reared its head in the history of our sport? At times, unfortunately, yes. Is it common? Absolutely not.”

Tony Thompson: ‘As long as it don’t kill a person or anything like that, you should be able to take whatever it is you wanna take, but again, you tell your opponent….’You look at the bodies, of some of these guys, at some of these advanced ages, and you tell me, is it not a little fishy?

Deontay Wilder: Briggs is a waste of time…If Briggs Fight Happen, I Promise I’ll retire Him!

Glen McCrory: If Nigel Benn and Chris Eubank want to fight again – I say let’s get it on!”

“Garcia is going to get hit so hard, his dad’s sunglasses are getting knocked off his face!”–Buddy Ruffin, JR., Coffeyville, KS – President of Paulie Malignaggi Is the Greatest Boxer of All Time Fan Club (3 members, but we just formed the club yesterday)