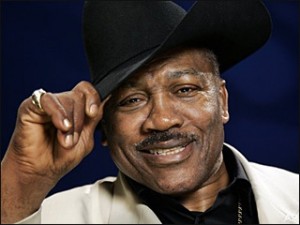 It’s Here’s To The Losers Week on Historical Fight Night, as we turn the normal formula around and instead of turning on the time machine and going back to our combatants at a moment of great triumph, we have four heavyweights pulled from moments where they suffered devastating losses from which their careers never recovered.

In the main event, Joe Frazier comes in from his second loss to George Foreman in 1976, a time in his career where he had just lost the Thrilla in Manila a few months prior to Muhammad Ali, a time when he was a shell of the man he once was—Frazier would fight only one more time, five years later, a draw against a journeyman named Floyd Cummings who would never again win a professional fight. He takes on Larry Holmes, pulled from his four-round beatdown at the hands of Mike Tyson in 1988; Holmes, while he had ten years’ worth of fights still in front of him, would never again be a force in the heavyweight division, losing the only title shots his name was able to get him and otherwise beating up hobos and club fighters.

Our co-feature presents Ernie Terrell, fresh off the beating he suffered in the What’s My Name Fight against Muhammad Ali. Terrell would go on to lose his next fight to Thad Spencer (in what would be Spencer’s last win as a professional) before a Holmes-like string of wins against nobodies—Terrell, in his penultimate pro fight, would lose to Chuck Wepner, part of Wepner’s winning streak that led him to the “real-life Rocky” fight against Ali, completing the circle of life.

Terrell’s opponent here is Ron Lyle, another George Foreman victim, coming in from a fifth-round loss in the 1976 Fight of the Year in which Lyle foreshadowed the end of Foreman’s run as a championship-level fighter in the Seventies by dropping the big Texan twice in the fourth round, one of boxing’s all-time great three-minute stanzas.

Ernie Terrell has a reputation as an intimidating presence, but he’s probably better known for the beatings he took than those he dished out. Ali straight-up carried him, and Cleveland Williams flat beat the snot out of Terrell in their first fight. Terrell was otherwise the durable sort, difficult to finish—it was not until his final fight as a professional that he was knocked out again, but he was on the wrong end of plenty of brawls in his day.

Lyle? Easy to drop, easy to stop if a puncher with any kind of power faced him—Ali, Foreman, and Gerry Cooney were all able to get the job done, as was an otherwise complete nobody by the name of Lynn Ball, who had lost four of five, the fifth a KO of an 0-7 fighter, when they faced each other in 1979. Lyle’s chopping right hand was his greatest weapon, but would he be able to land it over the equally crushing left hook of Terrell?

Terrell came out tentative, respecting the power of his opponent, although Ron Lyle did not have the dance moves of Muhammad Ali in the ring. The first round of this fight was a plodding affair, with lots of clutching and grabbing as Terrell tried to ugly the fight up on the inside to avoid getting hit with that overhand right. With neither fighter engaging, the first three rounds were a slog, Lyle occasionally getting in with a jab but never able to swing that overhand right in behind it in such a way as to do actual damage—if any damage was being done at all, it was as each fighter tried to manipulate the clinch in order to free his other hand to throw punches.

For each fighter to come forward and attempt to engage, a certain amount of compliance on the part of the other fighter must be assured, as good inside fights can be thrilling to the audience. As the fourth round went on, however, referee Joe Cortez found himself spending more time separating the fighters than actually officiating any sort of contest of fistic superiority. The fight was turning into a dog, with the slight edge going to Lyle for getting more work done that wasn’t in the clinch; Terrell was mauling and throwing inside hooks that relied entirely on leaning into a clinch then throwing the cheap shots over the top while the referee closed the range in order to separate the fighters. He was twice warned for rabbit punching, but Cortez seemed unwilling to escalate things into point deductions. The crowd was restless, booing the constant clutching and grabbing as the fight continued to degenerate into a mess straight through to the halfway mark. The cleaner boxing—what little of it existed—favored Lyle, but in terms of sheer volume of punches landed, the advantage went to Terrell even as few of the punches he threw were in any way associated with setting his feet and doing damage.

As the fight entered its second half, Lyle began to take advantage of Terrell’s continued interest in initiating clinches; what had started as a reactive move against a man coming forward had become a proactive move of Terrell starting to lean in and look to tie up before Lyle even commenced his attack.

It was this infighting that got Terrell in trouble, as Lyle landed a clean uppercut, right down Broadway, onto the chin of Ernie Terrell, splitting the guard, catching him right smack on the chin, and providing the first knockdown of the fight. Terrell stumbled forward like a drunk man at last call and pitched forward onto his face.

Cortez reached the count of six before Terrell rose, heard the rest of the eight count, then resumed…well, resumed hesitantly trying to avoid getting hit with the first shot. Lyle carried the rest of the seventh round and poured on the pressure in the eighth, continuing to avoid getting clutched by feinting slightly and forcing Terrell to cover up rather than try to clutch. A clear lead had been established; unless Ernie Terrell turned it around, stopped grabbing, and tried to make an actual fight out of this, his fate would be sealed.

If there was any sense of urgency in Ernie Terrell, it was not on display here. Lyle may have been brought in from a fight he lost, but the fight was not a total washout. Lyle had dropped the mighty George Foreman twice, after all, and had faith in his strength. That faith, coupled with the self-doubt of Terrell, began to prove decisive, and another chopping overhead right over a lazy lead left hook from Terrell sent the victim of Ali’s taunts to the floor once again.

The rest was academic. Terrell may have survived the last three rounds, due in no small part to Lyle not wanting to take any more risks than strictly necessary, but all that meant was that there would be little controversy in the judging.

All three judges at ringside scored the bout 117-109, nine rounds to three, for your winner, by unanimous decision…

Frazier gets his share of grief in this column, and it’s often the simple matter of his finding himself matched against guys who were able to beat him in his own time; Frazier was, after all, 1-4 against Ali and Foreman and 31-0-1 against everyone else in his career; that’s going to skew matters when Frazier so often comes up in discussions involving Foreman and Ali.

Larry Holmes is an interesting case in his own right. Holmes was famously durable; the only guy who was ever able to knock him out was 1988 Mike Tyson, and ’88 Tyson might just be the most feared knockout artist at any specific point in history of all time. ’88 Tyson might very well have been able to knock Ali out—any version of Ali (and we’ll get there on some future installment of this show.) Still, the simple fact remains that after that Tyson fight, Holmes never again beat a championship-level fighter, beating up 20 nobodies (plus Ray Mercer, to get a title shot when Tyson went to jail) and losing to Evander Holyfield, Oliver McCall, and Brian Nielsen.

Holmes came in looking to land the uppercut early and often, using his five-inch height advantage and eight-inch reach advantage a lot of the same ways Ali and Foreman had leveraged their physical edges over Frazier in the five fights alluded to earlier. Where Tyson had been able to close the distance to get inside and work against the bigger man, Frazier was just broken down, the effects of Manila and of the second Foreman fight too strong to bear. Things went downhill fast. Frazier started throwing the left hook from too far away, and even that had him already within Holmes’ range.

Holmes landed some devastating shots, especially the counter right hand, and it was evident…the slaughter was on. Any thought that Frazier had a damn thing left were doused.

Holmes needed only 45 seconds to finally find a home for that uppercut, and that was it; Frazier went down, and Eddie Futch could only helplessly look on from the corner as all the efforts of temporal mechanics and modern training and sports medicine and all the other handwaves we so often gloss over to get to the action did not change the simple fact that even against a man who was never the equal as a champion as those great men in their primes who formed boxing’s heavyweight triumvirate in the 1970s, Joe Frazier had been pulled from a time machine a day late and a dollar short to do anything about it. Some began to wonder if these were perhaps simply the cruel machinations of a writer with a bone to pick, but none of that was on the mind of Frazier as he lay helpless before the count or of Joe Cortez as he reached the count of ten. The fight was over, and Joe Frazier went into that long, dark night of history, Larry Holmes having enjoyed a short night’s work, more in line with the 20 nobodies than with even the caliber of Ray Mercer.

Some folks say “go big or go home”, and for them we’ve got this week’s batch of heavyweights. For people at the polar opposite end of the spectrum, there’s next week’s action, as Ricardo Lopez takes on Ivan Calderon in a 105-pound strawweight main event, while the co-feature brings us bantamweights—Carlos Zarate takes on Rafael Marquez in a 118-pound throwdown. We’re back to fighters in their primes, so you’ll be seeing these guys at their best for your entertainment.

As always, thank you for reading, and please do support the show on Patreon—our supporters get a special Let’s Make History making-of column every week as a reward for their service!