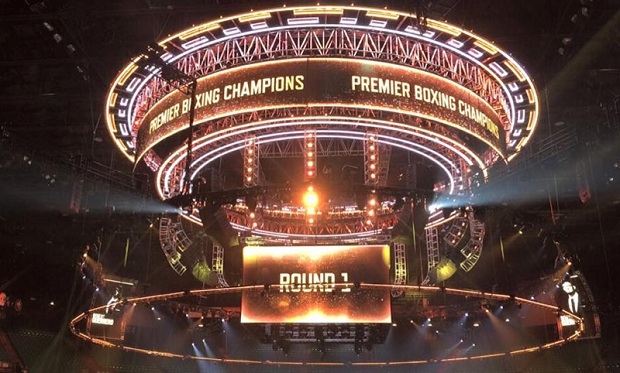 I have to admit that it’s a bit vexing to see boxing fans ripping Premier Boxing Champions (PBC) to shreds without ever having given it a chance to actually take root.

And there is a difference between honest criticism (which I have done in several Rants and in other articles) and salting the earth in spite, like many fans have done since even before the PBC’s debut program.

The angry fan lynch mobs are led by loud and aggressive media voices, who, by the way, all just happen to have a vested interest in maintaining the status quo in the sport. If you don’t believe me, then check how many of these fiercely critical scribes are “consultants” or “writers” for HBO or otherwise have traceable ties to established promoters in direct competition with PBC.

From before day one, Al Haymon’s pet boxing project has been attacked from all angles. Slow ticket sales are spotlighted unlike any other company’s slow ticket sales. An unappealing match-up is harped on as part of an intentional pattern to cheat viewers, while other companies’ run of high-profile mismatches are mostly ignored. The nuts and bolts of its financing have been picked apart with unsubstantiated rumors floated into public discourse by the same interests looking to bring them down.

It doesn’t take a particularly keen analytical mind to see that the boxing establishment is trying its damnedest to slit the giant’s throat before it can get out of bed.

The fact of the matter is that Haymon Boxing, PBC, and what it all represents is extremely dangerous to the status quo in boxing and to the power brokers who currently exploit the system to their benefit.

I support Premier Boxing Champions for the same reason that the establishment hates it. I really couldn’t care less about Al Haymon succeeding or failing, personally, and, when it comes to fighters, I’m generally in favor of all fighters, regardless of their managerial or promotional ties, being able to make as much money as they can under the best possible working conditions. So, understand, I have no allegiance to Haymon or PBC.

But, I am in favor of boxing reform. And this entire project does open the door to that possibility. For the first (and possibly last) time in our lives, reform is something real and something that we can reach out to and almost grab.

Instead of preaching to the choir and limiting all promotional efforts to within the boxing niche, Haymon is actually reaching out to the mainstream sports fan and curious onlooker. For the first time in well over forty years, someone with real power in the industry is actively seeking out new fans. Instead of limiting promotional efforts to the same 1-2 million die-hards who watch boxing no matter what, Haymon and Co. have invested in the sport’s growth.

And that’s where boxing has a fighting chance to ditch the puppet alphabet soup governing bodies and intentionally incompetent dupes within the state athletic commissions.

If Premier Boxing Champions succeeds, boxing suddenly becomes a viable economic investment for big businesses and sports-minded corporations. With the influx of real money and real business people comes the forced exodus of the con man hustler skimming off the top, cheating fighters, rigging outcomes, and having a good laugh about all of it with the media members who feed off the lint in his pocket.

Real business involvement means that fans will get honest, fair fights with reasonable outcomes. They’ll also get  more of the fights they want, since real businessmen play the big picture game and don’t jealously hold their investments to their chest, desperately clutching  a nickel rather than taking a shot at making a quarter.

For the fighters, all of this means fair market pay and honest dealing when it comes to when, how, and how much they’ll be paid. It’ll also mean that politics will take a backseat to actual accomplishment as they work their way towards a title.

The only ones who stand to lose anything if boxing goes “legit” are those hucksters currently in charge, actively keeping the sport small so as to keep their investment manageable.

Is it out of laziness and stupidity that boxing’s promoters and powerbrokers have never found a way to expand the sport to the mainstream– or, for that matter, have never even tried to expand it? Or have those entrusted with the well-being of the sport actually conspired to keep things just big enough to amass their fortunes, but not so big that it escapes their full control? These are questions that we wouldn’t have to be asking ourselves if real business people were at the helm and not a crew of carpet-bagging three-card monte hustlers.

But the only way to attract legitimate business people to boxing is to prove that it can be mainstream-viable, which seems like a perpetual Catch-22 dead end with every powerbroker not named Al Haymon.

It seems, sometimes, that at least half of boxing fandom actually likes the sleazy side of the sport and hopes that it will stay a cool, outlaw private club forever. But, looking at the big picture, a well-run sport would solve all of the problems fans universally complain about. And, like it or not, Al Haymon is the only means by which we will ever see that bridge between boxing now and the mainstream.

This is in no way, shape , or form an endorsement of Haymon or of the PBC product, which has had its ups and downs and would, no doubt, benefit greatly from having more boxing brains and fewer power suits in its front office. Feel free to be critical when it’s merited– I will.

Just understand that the establishment’s push to crush Haymon may not necessarily be about crushing Haymon, specifically.

When you’re piling on PBC, repeating talking points from deeply compromised media voices, you’re fighting against your own best interest as a fan. A failed PBC means a “so long, forever” to any chance we may have at real boxing reform.

You can email Paul at paulmagno@theboxingtribune.com or check him out as pursues the perverse Bandit Olympus in his off, off Broadway musical: “The Ashley Madison Hacks”. You can also buy his book, Notes from the Boxing Underground! Paul is a full member of the Burger King Kids’ Club, a born iconoclast, and an ordained minister in the Universal Life Church.