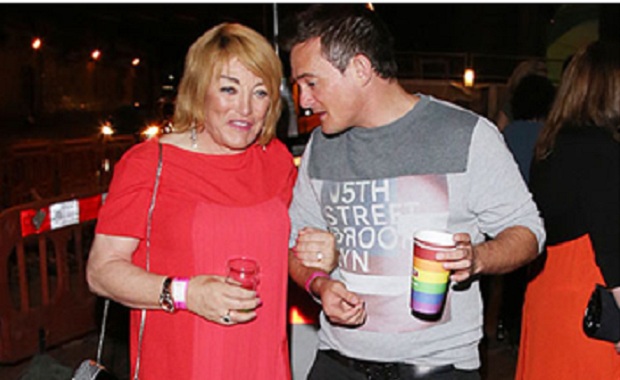 Outrageous comments and events continue to be the norm in the abnormally sleazy world of boxing.

Kellie: “If I met Frank Maloney now, I’d date him.”

Russian President Putin: “I don’t think there have been any others like you in the world…at least, not in boxing”

Roy Jones, Jr. “Two homes are better than one.”

Anton Gerashchenko: “American boxer Roy Levesta Jones was included into the ‘Peacemaker’ database as a violator of the state border” and has been placed on Ukrainian blacklist of “traitors,” “separatists,” and “terrorists.”

Karim Mayfield: “But with me doing so well in sparring against him [Khan ] I very much doubt that he would take the fight.”

Ricky Hatton: “Mosley is due to fight Ricardo Mayorga and it’s mind-boggling,”

Steve Cunningham: “How can you dance when you don’t have a partner? This guy [Tarver] is literally trying to steal rounds. He’s like a journeyman trying to survive until the next check. That’s basically what he is. When they rendered the decision, which was a draw, I was disgusted. I was like, ‘That is bull.’ But they celebrated. Who celebrates a draw? A guy who came in knowing that he was going to lose, knowing ‘I need to bullshit my way to the 12th, bullshit these judges a couple punches and sway them.’ … And after the fight he’s running away screaming, ‘Oh you never buzzed me, you never touched me,’ just delusional things. What is wrong with you?”

Freddie Roach: “We need to break him [Canelo] down early, work the body, and then take over late because his condition isn’t that good. He trained in one of my gyms (Wild Card West), and I didn’t always get good reports. He was a little bit lazy at times.”

Oscar De La Hoya: “When he says that he’s the best ever, it’s not true. It’s just not true. I’m just speaking the facts. For me the best ever, and for a lot of people, is like Sugar Ray Robinson, Muhammad Ali, Julio Cesar Chavez. There are tons and tons of fighters out there. My fight with him, do I feel I beat him? I beat him…It’s like okay, you want to tell people you’re the best ever – well, I’m going to say that you’re not and a lot of people are going to say you’re not. It’s the truth. I’m not bringing him down. He’s skillful, I admire that. He’s a fighter, I admire that. But don’t be telling people that you’re the best ever.”

Ronda Rousey: “I make more than Mayweather ‘per second’”

WBC President Mauricio Sulaiman :“Our Lifetime President, Don Jose Sulaiman (may he rest in peace) suffered for many years after being injured during a fight between the camps of Mike Tyson and Lennox Lewis, a brawl that was previously agreed to without awareness that other people were nearby,…The World Boxing Council has a very special esteem for Shane Mosley and Ricardo Mayorga due to their glorious achievements in the ring. But at the same time, we firmly regret these actions that only hurt their image and their legacy.”

Mayorga: “Say a prayer for Shane. In three rounds it will end. One round if he’s brave enough…He can be just a promoter after this fight….I’m going to kill Shane…Mosley is done.”

Mosley: “The notion that the WBC would comment on this terrible act against a woman (in an executive role no less) without first examining the facts and at the very least picking up a phone and calling Team Mosley to hear their side of the story on the events that took place is very disappointing and frankly is appalling.”

Mosley: “When a woman is potentially violated, the WBC has a responsibility to tread more carefully and owes Ms. Pisani an apology.”

Antonio Tarver: “Shannon Briggs is definitely going to win his next fight. Are you kidding me? He’s not fighting no one.

Carl Froch: “I don’t want to rain on Groves’ parade if he does win but Jack is not the best world champion we’ve seen and he looks to me like a limited opponent…Honestly though, I want to see George Groves win that world title.”