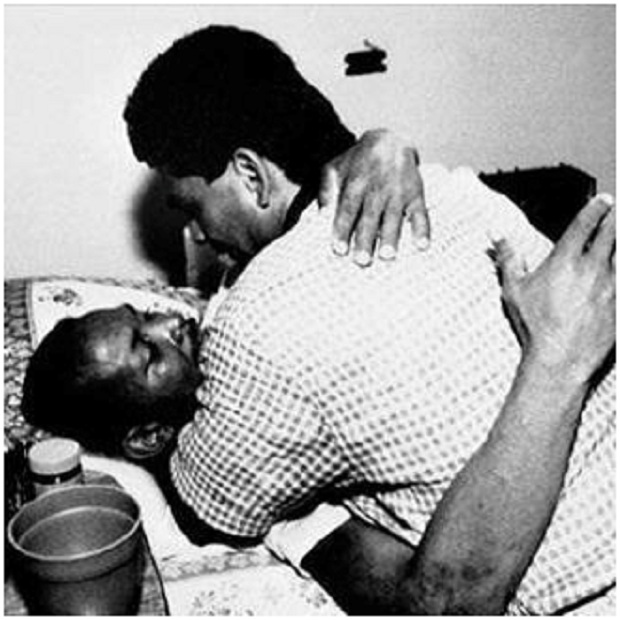 There are so many to list that it’s precarious to try to list them all for fear of excluding some. But here in Part Two are some others who have carried on the rich tradition of boxing in Puerto Rico.

Arguably, Juan Laporte may have fought the toughest opposition of any boxer in history and arguably, he may have the best chin of any boxer. Indeed, he went up against Hall of Fame members Salvador Sanchez (against whom he fought a solid fight), Eusebio Pedroza (with the dirty Pedroza at arguably his dirtiest), Azumah Nelson, Wilfredo Gomez, Barry McGuigan. Julio Cesar Chavez, and Kostya Tszyu. He did battle with ex-world champ Rocky Lockridge (who he knocked out in scary fashion), ex-world champ John John Molina, Ex-World Champ Zack Padilla, ex-world champ Billy Costello, and ex-world champ Charles “The Natural” Murray. He also fought title challengers Ruben “Chucho” Castillo, Jean Lapointe, Dwight Pratchet, Johnny de la Rosa, Lupe Suarez, Vinnie Costello, Hector Lopez, roughhousing Teddy Reid and many other tough opponents.

Yes, Juan La Porte faced them all; in fact, many observers thought he had done enough to beat the great Julio Cesar Chavez (53-0 at the time) in 1996, but he lost a majority decision in a hotly fought contest for Chavez’s WBC World Jr. Lightweight Title.

The affable and humble LaPorte retired in 1999. He never had a bad word for his opponents nor did he engage in trash-or smack talk. He was a positive influence who was and is the essence of class.

Old school was a behavior influenced by the morals and values of another era. Times change, and so does the behavior behind those values, but not necessarily for the worse. Still, when someone calls me a “throw back,” I like it. I have a hunch Juan would like it as well.

On June 4, 2014, Felix “Tito” Trinidad was inducted into the IBHOF thus becoming the tenth Puerto Rican to receive such an honor. He retired with a fine slate of 42-3. Before losing to Bernard Hopkins in 2001, he was 40-0. He also made fifteen successful defenses of his welterweight title. With a suspect chin and bricks in his glove, he brought great excitement into the square circle, and in that regard, he was not unlike “El Chapo“.

His most exciting Nevada win was a brawl with Fernando Vargas, which he won by 12th stoppage. He knocked Vargas down five times, but Vargas knocked Trinidad down in the fourth in an amazing back-and-forth slugfest. He also moved up to super welterweight and defeated 1996 Olympic gold medalist and defending WBA world champion David Reid outdoors at Caesar’s Palace on March 3, 2000. See: https://www.facebook.com/video.php?v=10152677326154086

The late and tragic Esteban “Vita” De Jesus was a world lightweight champion who won his first 20 pro fights. Addicted and detoxed multiple times, his record was 57 wins and 5 losses, with 32 wins by knockout and included a trilogy with Roberto Duran (1-2). As Ernest Morales wrote in a moving November 14, 2006 ESB piece entitled “The Champ” Nobody Knew:”

“Esteban would eventually be sentenced to a life term of imprisonment for a murder committed while under the influence in a traffic altercation. While in prison he would discover two life-changing things. First he discovered Jesus and became a devout born again Christian. And… he also discovered that he had AIDS…..

When Roberto Duran came to visit him on his death bed, the pathos and nobility of that moment will remain always with those who knew what took place. As Morales wrote, “The Champ [Duran] bid his farewell to the ‘enemy’ he always said he respected most with another firm but gentle and uncharacteristic hug and kiss. He waved to all and stepped outside. As he asked us to please send for the future widow, his eyes were noticeably watery and full, he gave her a generous offering of love and left as the press and cameras present followed. They were following The Champ, a true Champ….”

During his fistic prime, the only thing faster than Hector Camacho’s hands — or his mouth— was his lifestyle. They were all a blur.—Jon Saraceno
He never gave me any problems … He was just full of life and a great guy to be around. –John Russell

“He’s a good human being, a good hearted person…A lot of people think of him as a cocky person but that was his motto … Inside he was just a kid looking for something.”—Juan Laporte

There are many ex-World champions or great contenders who have direct ties to Puerto Rico including Hector Camacho (79-5-2) who likely will be inducted into the Hall when his time comes.

Camacho was born in Bayamon and was raised in New York after his family moved to Spanish Harlem. He was known for long, flashy trunks with tassels, and he enjoyed being theatrical, as evidenced by his “Macho” nickname. His flamboyance was as dazzling as his hand-and-foot speed, and his titles and victories attested to his exceptional talent.

Camacho won his first world title by beating Rafael Limon in a super-featherweight bout in Puerto Rico on Aug. 7, 1983. He moved up in weight two years later to capture a lightweight title by defeating Jose Luis Ramirez, and successfully defended the belt against fellow countryman Edwin Rosario.

The Rosario fight, in which the victorious Camacho still took a solid beating, persuaded him to scale back his ultra-aggressive style in favor of a more cerebral, defensive approach. The change in style was a big reason that Camacho, at the time 38-0, lost a close split decision to Greg Haugen at Caesar’s Palace in Las Vegas in 1991.

After running into trouble with the law, the brash Camacho also proclaimed himself “a born-again Christian” and began towing the line—or at least that’s how it appeared. He even won a TKO over Perry Ballard in July 2008 for something called the World Boxing Empire’s middleweight title. But he also won titles n the Super Featherweight, Lightweight, and Featherweight divisions! His last fight was in 2010, only 10 days before his 48th birthday

In 2012, Hector was shot in Puerto Rico as he drove away from what he said were carjackers. The former three-time world champion was shot in the face as he sat in the passenger’s seat of a vehicle; the driver instantly was killed. Police said they retrieved 10 bags of cocaine from the vehicle, nine in the driver’s possession. He died after he was taken off life support early Saturday, a hospital spokeswoman in Puerto Rico told CNN.