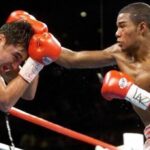 Controversial rulings are among the most heartbreaking aspects of boxing because they force spectators to accept one conclusion when they felt they witness another. You can argue that judges made mistakes, turn away from allegations of corruption, or find pleasure in recreating the murky regions that enrich the history of the sweet science. Controversial decisions also … END_OF_DOCUMENT_TOKEN_TO_BE_REPLACED 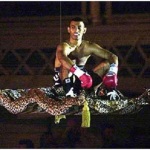 Boxing is a sport that can take up all that you have as a boxer. It is one of the sports that will need you to have the mental as well as the physical strength in order for you to be able to handle the fights that are dealt your way. And because of this, we have many successful boxers, but at the same time we also have a number of boxers whose careers ended after their first … END_OF_DOCUMENT_TOKEN_TO_BE_REPLACED 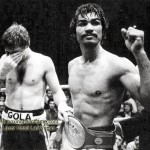 by Fox Doucette One of the most-wanted fights by fans in the late Seventies was Carlos Palomino vs. Pipino Cuevas; one held the WBC belt, the other the WBA, but there was never a unification fight to bring the two titles together. The Temporal Commission, with a time machine and the ability to threaten to send a guy back to the Roman Empire with a cross around his neck if he … END_OF_DOCUMENT_TOKEN_TO_BE_REPLACED

by Fox Doucette The oldest one in the book in boxing is “styles make fights”, so what happens when you take an old-school guy who lunged and leaped and generally had no concept of positioning if it meant delivering a power shot and put him in against one of the most fundamentally sound straight-up boxers of all time? We find out tonight with a middleweight contest, as Tony … END_OF_DOCUMENT_TOKEN_TO_BE_REPLACED

There are so many to list that it’s precarious to try to list them all for fear of excluding some. But here in Part Two are some others who have carried on the rich tradition of boxing in Puerto Rico. Juan Laporte Arguably, Juan Laporte may have fought the toughest opposition of any boxer in history and arguably, he may have the best chin of any boxer. Indeed, he went up … END_OF_DOCUMENT_TOKEN_TO_BE_REPLACED