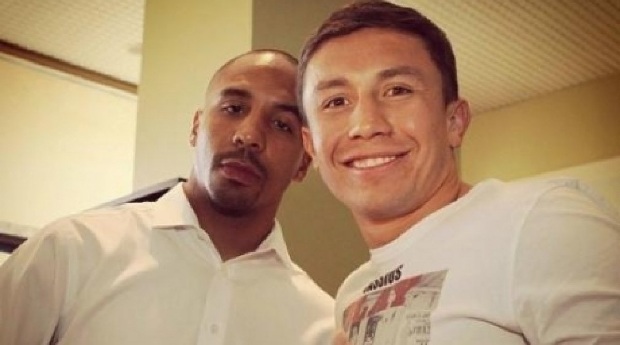 Hola amigos y enemigos, welcome to a completely uncalled for, emotionally-crushing edition of Panama City’s highest rated, most money-squandering proper pugilistic paper, The Sunday Brunch – we know you secretly touch yourselves while watching Gennady Golovkin’s knockout highlight reels. This week we are taking a quick peek at a few hoops that the Kazakhstani Cremator will need to jump through in order to secure a dream bout with Oakland, California’s own, Andre Ward. So, remember where you stashed those Super Six shirts and someone check those hand wraps, this one is going to sting a little. With that being said, I gave you your instructions in the dressing room; what I say you must obey. Cuidate eschuame, toca los manos y buena suerte…Let’s get it on!

In just one week’s time, middleweight steamroller, Gennady Golovkin (33-0, 30 KOs) will be taking on Canadian titlist, David Lemieux (34-2, 31 KOs) at New York’s Madison Square Garden for a handful of shiny trinkets and the right to claim a mandatory spot opposite the winner of the upcoming Miguel Cotto-Saul “Canelo” Alvarez mega-fight.

But, there are bigger fish to fry. In a recent article on a certain sporting news outlet, Golovkin’s trainer, Able Sanchez boldly threw out the word “liar” in reference to Ward’s claim that the Kazak is avoiding a showdown with the former/current/semi-retired/boxer/announcer.

“Andre is a man and a professional fighter of the highest integrity…” Said Andre Ward’s attorney, Josh Dubin. “…So, when he sees or hears these comments, or we see or hear these comments, 99% of the time we just ignore them and just chalk it up to people just trying to use his name to promote their own event.”

That one percent is a mother fucker, though.

One can see the angle that Dubin speaks of … If Gennady Golovkin wanted to stage a bout in Oakland, California – A hometown for Ward and staging ground for the majority of his fights.

In order to realistically secure a clash with “SOG”, “Little G” and his team will need to thread a few needles and resolve some unresolvable issues. Here are some obstacles that Gennady Golovkin must negotiate to land a showdown with Andre Ward.

Shortly after “Canelo” ends Miguel Cotto’s long and storied career inside of the distance and Gennady Golovkin batters and fries David Lemieux, there will be a window of opportunity for Golovkin to face Andre Ward in a mega-fight. However, there are some problems to attend to first…

It is almost certain that Canelo Alvarez will take a ‘soft touch’ type of match up in the interim before he decides to fulfill his mandatory obligation in facing Golovkin. In this window a match with Andre Ward could theoretically take place.

The problem is that Ward is planning on fighting on the Canelo-Cotto undercard at light heavyweight. When you boil it down, it could become an easily resolvable issue if Golovkin would move up in weight to face the former super middleweight champion.

Or, he could coax the Californian to drop down in weight much like Ward did with “Not so Bad” Chad Dawson a few years back.

The apparent future plans for Andre Ward are to have a unification match with Sergey Kovalev for all the marbles at light heavyweight. All this depends, of course, on Ward’s performance against the formidable TBA at 175.

If Ward is serious about facing Krusher Kovalev, he will need to take on some higher caliber challengers (as his last serious bout was way back in 2011 against Carl Froch). Fights with no-hopers like a weight-drained Chad Dawson, Edwin Rodriguez and Paul Smith will do very little to prepare him for the serious threats in the division north of super middle.

Gennady Golovkin will need to continue to publicly chase down Andre Ward until all the egos involved become too large and unwieldy to manage and the demand for this fight becomes too big to ignore. Perhaps even some smiling “good boy” comments mattered in the press every once in awhile to stoke the flames would help, too.

Think I’m an asshole and Andre Ward is still pound for pound the best ever? Think “Little G” and his lack of ever facing a top 10 opponent makes my argument invalid? Let us know in the comments below! The best “I don’t know anything about boxing” comment will receive a gift card to Ponderosa, home of the Big Fat Yeast Roll (valid in Orlando, Florida only)!

Thanks for joining us again this week. we will be back next time with more dangling participles, run-on sentences and misused pronouns. Send all Andre Ward related hate mail to Jesseboxingtribune@gmail.com and I will feature you in my next fake mailbag. Send all Andre Ward related Tweets to @Jesseboxing where I will pretend to follow you and then just delete you after a few days. Until the next Sunday Brunch, sante!