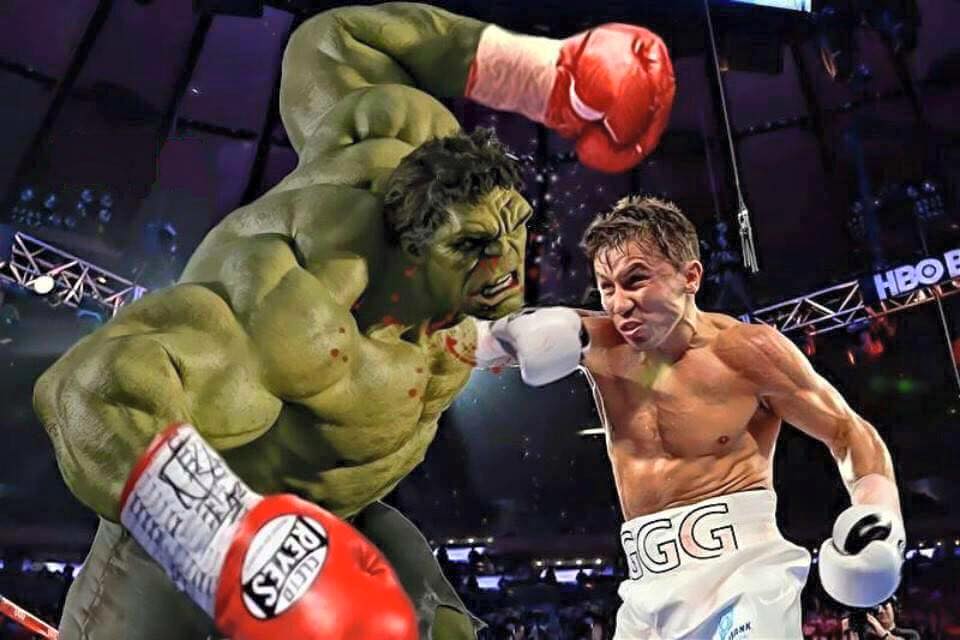 It’s not that I dislike Gennady Golovkin.

Contrary to what is said by the talking muscle spasms in the brains of my googlie-eyed stalkers, when it comes to fighters, I’ve never let my likes and dislikes color my honest analysis of a situation.

And this is the case because, well, nobody cares who I like or dislike, personally, and nobody give a damn about what style of fighter piques my interest as a fan. My job is not to be a fan. My job is to look at the facts and make fair assessments, devoid of as much bias as possible.

I’ve actually gone to great lengths to separate my personal likes from my honest analysis of a situation, often ditching entire columns at the last minute if catching myself drifting too far away from logic.

Even though I’m nothing more than a “fringe” blogger, I take things like fairness and integrity very seriously. My unwillingness to “take sides” and pander has kept me from bigger, better-paid gigs and it has made me many enemies. That’s why the way-too-often lament of me being in so and so’s pocket is so damn laughable. I live in abject poverty, actively discriminated against in the industry, precisely BECAUSE I won’t take sides and because I stubbornly insist on telling the truth as I see it, regardless of how many bridges I burn or “colleagues” I piss off.

I don’t dislike Golovkin and you will never, ever know whether I like him, either.

What I do dislike, though, is bullshit. And we’ve been fed plenty of bullshit about the Kazakh powerhouse, almost from day one.

The lovable “Triple G” has been positioned perfectly to hit on all the sweet spots that make the hunk-hungry boxing media swoon and precum.

As I wrote in the much better put together– “Golovkin: Buy the Ticket, Take the Ride” back in October of 2014:

Few fighters get the free pass that Gennady Golovkin has gotten for the last several years– twelve fights into a world title reign with only Daniel Geale to show for it. The affable Kazakhstan native gets the free pass on a woeful overall level of competition because he is, basically, the living embodiment of fight fans’ greatest macho boxing fantasies.

He’s the smiling assassin with the flawlessly efficient offense. He only exists to kick ass and scare all the sissy millionaire champions into hiding. Golovkin is what boxing would be if written and cast by adolescent boys– or, frustrated middle-aged boxing scribes with waning testosterone levels.

Golovkin’s free pass is due in great part to a media that is not shy in showing their absolute fawning adulation of the man.

…By the time Golovkin and his team would actually hit the ring at the StubHub center, the West Coast press corps was bursting with anticipatory glee. It was a press row so enamored with the macho fantasy of Triple G that it should’ve been stocked with wet-naps and equipped with a plexiglass fap guard.

Golovkin’s real rise to power is one characterized by a careful climb to the top combining media-stoking call-outs of impossible-to-make-fights, careful matchmaking, and a perfectly-timed ascension to the middleweight main stage so as to avoid conflicts with anyone who may have given him trouble when the Triple G machine first started rolling.

As has been learned many times before in the sport’s history, the best way to get a pass on fights not made and unlimited subsequent street cred is to somehow convince the world that everyone is simply afraid to fight you. And with the right leverage, strategic purse low-balling, and conveniently poor timing, it’s easy to make anyone seem like they’re shaking in their boots at the mere mention of your name.

Now, in the present tense, despite the rulings of a half-dozen nerds on a secret message board, Golovkin is the undisputed top dog at middleweight, presiding over a barren landscape of second and third-tier no-hopers and one “lineal” middleweight champ who, himself, admits to not really being a middleweight. And he was able to assume the throne without ousting the king thanks, in great part, to the media’s bulging hard-on for the Golovkin Show.

But this is not something unique to Golovkin or his people. The whole point of boxing these days is to use politics and public relations to avoid as much hassle as possible en route to the top. As a matter of fact, those NOT leveraging politics or PR in pursuit of world titles are probably in the minority.

The thing about the Golovkin Push, though, is that it’s so over the top– blatantly manufactured and colored by LOVE that even the slightest bit of hype resistance is tantamount to treason.

Golovkinites– even those who hold “respectable” positions in the boxing media– will refer to K2 Promotions talking points when addressing any Golovkin dissent. They are like Mormon missionaries or glassy-eyed Scientologists referring back to their religion’s own dogma as proof positive of their religion’s indisputable correctness.

Often even black and white facts are twisted and manipulated to paint the right positive picture of their man-crush king.

Here are two blurbs about a 1.3 million TV viewership from the same writer and website (I’ll spare the name, but it’s a highly-trafficked boxing site), the first regarding Golovkin’s last fight and the second regarding an Andre Ward bout…Mind you, BOTH have virtually the same viewership numbers:

“Gennady Golovkin delivered a strong TV rating this past weekend, continuing what has been a good year for HBO’s boxing brand…Gennady Golovkin’s win over Willie Monroe Jr on Saturday night kept HBO’s 2015 in boxing going strong in the Nielsens, with 1.338 million viewers…”

“1.3 million watched the fight on HBO on Saturday, which is, to best of my knowledge, right about average for recent WCB fights — nothing special, but also avoids being one of those true turd in the punch bowl results…It’s definitely not some big hit…the TV number is … well, it’s adequate, let’s put it that way. I wouldn’t be surprised if there was some internal disappointment at HBO, no matter what they might say. “

Same writer, same numbers, way different twists. The Teen Beat cover boy of middle-aged man-fapping, Golovkin, gets one type of treatment; the surly and often media-belligerent Ward gets another.

This is the type of stuff that ghost pepper’s my pee hole.

This Saturday, WBA champ Golovkin will be taking on IBF middleweight titlist David Lemieux in an MSG pay-per-view bout that should really be nothing more than a “free” HBO main event.

And as is the case with all things Golovkin these days, it is being painted with the most positive of brush strokes and pushed on to the consumer despite it clearly not being a match-up worthy of a big ticket PPV asking price.

Golovkin-Lemieux will probably be highly competitive for about 45 seconds, then much less so as time passes, ultimately resulting in the total blunt force dissection of the Canadian pretty boy slugger as soon as round two or as late as round seven. It’ll be an entertaining scrap while it lasts, but hardly a bout that would generate as much praise had it not been preceded by four years of pedo-style grooming of the boxing media.

But boxing is what it is these days. Most of the adults in the media have flown the coop and in their place a bunch of morons, hobbyists, queen divas, and fanboys have been given control. And when dupes are placed in positions of privilege, it’s to be expected that they will be played for suckers.

It’s just too bad that fans usually get sucked into the abyss when the media falls for yet another hustle.