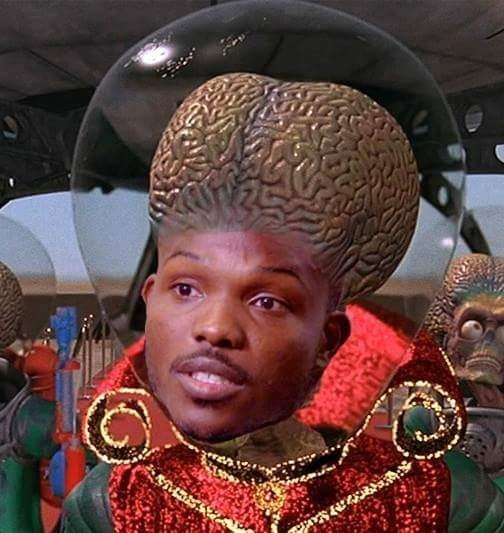 Hola amigos y enemigos, welcome to a cilantro, lime and quesocotija flavored edition of Panamá City’s highest rated, most money-spinning proper pugilistic paper, The Sunday Brunch – We are in your taqueria, eating your tacos, drinking your cerveza and taking full advantage of your free guacamole program. This week we’re going to chat a bit about Timothy Bradley and his big win over Brandon “I’m No Punching Bag” Rios. Also, we’ll be touching on Vasyl Lomachenko and his future. So, grab your hose and put on a firefighter’s hat, we’re about to extinguish the shit out of some fires. With that said I gave you your instructions in the dressing room, what I say you must obey; Cuidate, eschuame y toca los manos…Let’s get it on!

“Sooner or later, boxing separates the pretenders from the contenders and the professionals from the fakers.”

Lets be honest for a moment about Teddy Atlas; the man is extremely quotable. His rants are often insightful, sometimes insane, but always passionate.

Atlas’ mid-fight speech to Tim Bradley was passionate in a way that is rarely seen anymore in boxing– motivational encouragement like that is usually reserved for the times when your fighter isn’t winning every round- It was on the same level as Naazim Richardson’s pep talk to the 4:1 underdog, Shane Mosley back in 2009 when he was about to chop down Antonio Margarito. “…Shane, you gotta knock the grease off this dude, then swim without getting wet.” But, more fireman themed.

Tim Bradley’s hand speed, tenacity and quick legs would be too much for any version of Brandon Rios to deal with.

The fans who thought that Brandon Rios had a hope of being competitive with the ultra-fit Timothy Bradley must have missed the one where Tim out-boxed Juan Manuel Marquez; that wasn’t an accident.

Unfortunately for the Mexican-American (and for fans of the sport), Rios stopped taking boxing seriously once his bank account began to swell.

Eight months of inactivity coupled wit ha penchant for enchiladas led to what was likely a mad dash to lose weight in camp.

So, rather than focusing on training his charge, Robert Garcia likely played the role of “babysitter to-the-stars” (as a wise man once said) and placated Rios, Chavez Jr. Style.

Brandon Rios did come in overweight and then blew up 23 (!) pounds on the night of the fight.

Vasyl Lomachenko is, with only six official professional fights under him, amongst the most skilled individuals to ever step inside the squared circle.

If you missed the top eight reasons why Lomachenko is the future of boxing you can find it HERE http://theboxingtribune.com/2014/12/8-reasons-why-vasyl-lomachenko-is-the-future-of-boxing-the-sunday-brunch/ .

It will be interesting to see what happens when “Hi-Tech” eventually clears out the 126 pound division and moves up. I don’t imagine he can rise in weight very far, but the ceiling for Vasyl Lomachenko is extremely high right now.

It’s amazing that some fans are being so critical of his opponents at this early stage of his career? When was the last time a man with six professional fights was judged so harshly?

The bout people want to see is the Ukrainian in with fellow Olympic gold medalist, Guillermo Rigondeaux.

That’s a match that will be extremely difficult to predict as both men are professionals in the strictest sense of the word. They are genuine boxing masters, defensive experts and counter punching specialists.

Think I am an asshole who doesn’t know shit about shit? Let us know in the comments below!The best meme featuring me will be entered into some kind of contest for something or other at some point in time!

Thanks for joining us again, we’ll be back next Sunday with more tips, tricks and codes for the Nintendo Entertainment System. We will have run-on sentences, randomly assembled catchphrases and dangling participles. We will review the latest episode of AMC’s The Walking Dead and if there’s time,we will talk some boxing. Until the next Sunday Brunch, sante.