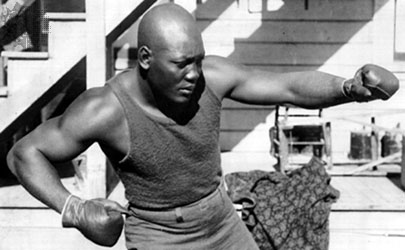 “Whether he fights Klitschko again in the near future or takes on Wilder in the next year or two, Tyson Fury has put himself on the map in a big way. We’d best get used to him as the new face of heavyweight fighting.”—Boxing Tribune

“How are some of these guys comparing Jack Dempsey to Wladimir Klitschko? The man outweighs Dempsey by over 60 pounds? It’s like comparing Harry Vardon to Tiger Woods when they were both in their primes.”–Poster

For many old time (as opposed to Old School) boxing historians, looking through the prism of nostalgia seems to make everything seem better. However, their observations would be more convincing if they would try to be thoughtful and objective when making comparisons between the past and the present-and that’s where the issue of generational prejudice comes in (some call it “era” prejudice).

The task is to engage facts– to take into account all essential variables when making comparisons between old and modern. Variables such as number of fights, evolution of size, era (for example, the 70‘s were a great time for heavyweights), stamina, training techniques and methodology, records, style, chin, KO percentages, skill-sets, entire body of work, quality of opposition, management, etc. When this is done, myth is stripped away from facts. When this is done, representative, albeit pent-up comments like the following become highly provocative as their intent might well have been. In fact, while they may have been made with tongue in cheek, they are being issued in a fast, furious, and nasty manner. See:

“…only three other heavyweight champions are fit to inhabit the same lofty ground as Jack Johnson: Jack Dempsey, Joe Louis and Muhammad Ali.”
But on the other side of the debate, there is this:

“I think they are extremely talented six-foot-six, six-foot-seven guys, but this is the new generation. I myself never thought that much of a boxer over six-five because I know that was like a boundary and when you get to six-five that was like the end of your coordination for boxing, which was like Lewis and Bowe. The Klitschkos are the exception. They are the new generation of big heavyweights who have coordination.”—Emanuel Steward

And now comes Deontay Wilder, Anthony Joshua, Tyson Fury, and the shorter but equally talented Alexander Povetkin. They represent the new generation—the new normal– of big heavyweights who have coordination.