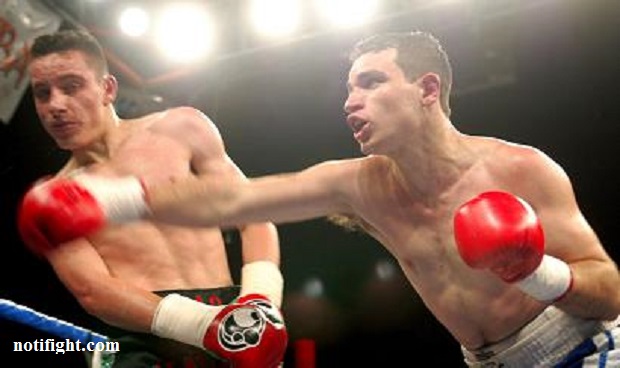 Marco Antonio “El Texano” Nazareth (4-4, 3 KO’s) Born: 4-12-1986, Died: 7-22-2009
Nazareth died as a result of brain injuries sustained in a return bout with Omar Chavez, son of Julio Cesar Chavez.  Nazareth was looking to avenge a four round decision loss he had suffered over a year prior, but was dropped in the opening round of the rematch and stopped in the fourth frame.  He collapsed in the ring, and underwent three hour surgery at a local hospital.  Unfortunately he succumbed to his injuries and died four days later.

“Jumpin’” Johnny Montantes (28-4, 22 KO’s) Born: 6-10-1969, Died: 9-28-1997
This lightweight hopeful ran up an impressive 28-2 record with 22 knockouts, and looked to be headed for big things before suffering stoppage losses in what would be his final two contests.  On May 5, 1997 he stepped up to face Acelino Freitas; he was dropped three times in the opening frame before the bout was stopped.  Just four months later he would return to face James Crayton.  Crayton knocked him out in the fifth round, hitting his head on the canvas after getting dropped by a right hand.  Sadly, he sustained a fatal brain injury and died two days after the bout.  He was a father of two boys and engaged to be married.

Felix “The Hammer” Bwalya (12-1, 9 KO’s) Born: 1-1-1970, Died: 12-23-1997
A 1992 Olympian for Zambia, Bwalya won the Commonwealth super lightweight title in his final bout amid some controversy before his death.  Facing Paul Burke on December 13, 1997, he was ahead on points in the 12 round bout but was dropped three times in the final three rounds, and was on the canvas when he was saved by the final bell; Burke’s camp complained that the final round was short, saving Bwalya from a knockout loss.  The champ went on a celebratory binge in the days following the bout and after complaining of a headache, fell into a coma and never regained consciousness.  He was also on medication for malaria at the time of his death.

Lito “Angelito” Sisnorio (10-6-1, 3 KO’s) Born: 10-10-1982, Died: 3-31-2007
Sisnorio was knocked out in the fourth round of a scheduled eight rounder by Chatchai Sasakul, a former world champion and far more experienced fighter.  Sisnorio was not licensed or approved to fight by the Philippine Boxing Commission for this bout, and he had been stopped just two months prior by Pongsaklek Wonjongkam.  He underwent brain surgery at Piyamin Hospital in Thailand following his final contest, but was pronounced dead the following day.  His death resulted in the Philippine Games and Amusement Board banning all fights involving Filipino boxers in Thailand starting April 2007.

Tosh Powell (24-10-2, 16 KO’s) Born: 1-1-1908, Died: 6-2-1928
Powell was a BBBofC Welsh Area bantamweight champ, and was taking part in his fourth fight in just 23 days when he died following his bout with Billy Housego in Liverpool on May 31, 1928.  Powell was dropped with one minute to go in the 15 round bout, and though he beat the count, the fight was a stopped by the referee.  He was taken to the Royal Infirmary, and died two days later.  Powell’s father Richard testified after the fight that his son had not been training, and that he had tried to cancel the fight but promoter Albert Taylor had threatened to have Powell’s license suspended if he pulled out.