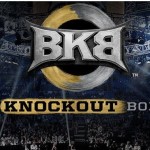 Fans of the newly formed Big Knockout Boxing will have something to look forward to when the organization hosts its second event April 4th: the women will be joining the BKB ranks.  It was announced late last week that Layla McCarter (36-13-5, 8 KO’s) and Diana Prazak (13-3, 9 KO’s) will face off in “the pit” to determine the first BKB women’s lightweight champion. McCarter … END_OF_DOCUMENT_TOKEN_TO_BE_REPLACED