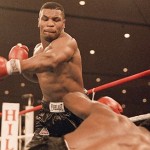 by Fox Doucette In gratitude for getting the Ambro-Santini (as in James Santini, D-NV) Act passed in 1977, which mandated all championship fights in the United States be sanctioned by the WBA, that organization moved its headquarters to Congressman Jerry Ambro's home state of New York, specifically setting up its headquarters in Huntington, the seat of Ambro's district. This … END_OF_DOCUMENT_TOKEN_TO_BE_REPLACED