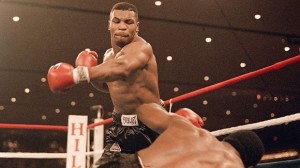 In gratitude for getting the Ambro-Santini (as in James Santini, D-NV) Act passed in 1977, which mandated all championship fights in the United States be sanctioned by the WBA, that organization moved its headquarters to Congressman Jerry Ambro’s home state of New York, specifically setting up its headquarters in Huntington, the seat of Ambro’s district.

This wasn’t just a simple corporate move, however (and not just because the WBA is not a corporation but a non-profit organization under US law.) Having an in with the US government meant that the powers that be at boxing’s de jure most powerful sanctioning organization had a vested interest in not only making Jerry Ambro look good but setting the stage for their own brand of New York-based machine politics for those occasions where the good people of the Third District needed to be persuaded of the merits of one candidate over another.

This wasn’t limited to Huntington. Not far away, in New York City itself, the WBA got its hooks into the youth boxing clubs, gyms, and charities that were keeping kids off the street and channeling their aggression toward healthier if only marginally less violent pursuits. The WBA even, under its own auspices and in cooperation with USA Boxing, which was always on the lookout for amateur talent to strengthen its Olympic rosters, sanctioned youth amateur fights under pro rules, albeit with six rounds serving the purpose for the young’uns that 15 did for grown men.

Whatever the broad mass of Americans may have felt about the sweet science in the wake of the murder of Muhammad Ali and the double-tap revenge inflicted upon Panama Lewis that rocked the sport to its core in 1978, the good Congressman wasn’t going to take any of the blame in his own district.

Well, at least not if one Malcolm Gordon could be kept in check. “Flash” had uncovered what looked on the surface to be a wild conspiracy theory involving the CIA, some cloak and dagger with the Soviet Union, and a racially-motivated hit carried out against Ali (see part 4.)

Gordon pitched it to Ring Magazine, hoping to get the same exposure and notoriety for this story as for this scoop as he had for the story that had brought down the WBC and Don King two years earlier. The Ring editorial staff read over the story, then editor-in-chief Bert Sugar took Gordon out to lunch, praising him for his reportorial work but reminding him that times had changed in boxing and that it was important not to bring down every power structure in the sport lest the ensuing vacuum leave things wide open for the Mafia or the promoters or even for the sport itself to be banned as unable to police itself. Still, Sugar promised to talk things over with editorial; they’d decide whether to buy the story soon enough.

All this was merely a cover for Sugar to separate Gordon from the manuscript for long enough for his staff to photocopy it; the copy was then handed upstream to the offices of the WBA, which in turn passed it on to the FBI.

Flash Gordon answered a knock at his door to find himself immediately tackled to the ground and cuffed; the NYPD, acting on orders of the FBI, were bringing him in to face charges of extortion and intimidation. Most importantly, the photocopy of his article they’d been given had been used to obtain a search warrant, and if there was a thing in Malcolm Gordon’s apartment the feds could use to pin any other charge on him, they were damn sure going to find it.

Maybe Bert Sugar was on to something; maybe the Mafia might just run a cleaner operation than a WBA which had its hooks into not only a Congressman, but into a city whose police department was entirely aware that a boxing organization was solving a lot of their problems with delinquency for them and didn’t want to kill the golden goose that left them free to go after the murderers and drug pushers.

Meanwhile, in Langley, Mike Leary sat in the office of his superior, who read him the riot act about the Ali and Lewis situation. Sure, Panama Lewis had been disposed of as clean as anyone would care to pull off a hit, but the Ali Riots were more trouble than getting rid of a black nationalist rallying figure was worth. Leary was told in no uncertain terms to please refrain in the future from committing racially motivated bloodbaths with giant Russians; if he wanted to play supervillain with the sport of boxing, he could find better ways to rig the game. But if anyone else turned up dead, Mike Leary would find himself shipped to Russia to spy in the guise of being a radiation poisoning experiment test subject for their nuclear program.

Leary had no intention of killing anyone; not on purpose, at least. In general, a boxing judge doesn’t have to be threatened with violence to bend to the will of a guy with power and influence. Or the occasional super flyweight or bantamweight could be talked into taking a dive…where would be the harm in that?

At a sub shop, Wilfred Benitez, in town for a press conference announcing his upcoming fight with Roberto Duran, which would take place at Madison Square Garden in February, ran into Cus D’Amato, and over submarine sandwiches the two men discussed the state of the boxing business. D’Amato had heard of a 12-year-old street kid from Brownsville by the name of Mike Tyson, a kid who’d been getting into so many fights that he’d been funneled into the WBA’s youth boxing program.

Tyson had, in fact, made it to the final of the under-13 tournament that had been going on over the summer and early fall, where he’d be fighting another Brooklyn kid, Riddick Bowe. Bowe was a year younger, but he was a big kid with a big punch, one of those 11-going-on-15 kids you see every once in awhile playing Little League and hitting home runs over 200-feet-from-the-plate fences like a man playing a boy’s game. It’d be great publicity for Benitez to show up at the fight night; D’Amato was going to be there to scout the kids and see if he might want to train one of them, so why not kick the event up a notch?

Benitez made his appearance, gave an inspiring speech about the power of boxing to save young lives, then settled into a ringside seat to watch Michael Gerard Tyson beat Riddick Bowe up and take his lunch money in a single round. D’Amato approached the kid and made him an offer he couldn’t refuse; he’d take the kid under his wing, put him and his mom up in nice digs in Catskill and get them out of the Brooklyn ghetto, and all Mike Tyson would have to do would be to beat people up in a socially acceptable way inside a boxing ring.

The vote in the Third District wasn’t close. Even though the country at large was mired in a post-Vietnam economic malaise that had been a mess for the Carter administration politically, Ambro’s own district was doing just fine, acting in equal measure as a growing economy even as the rest of the country was in the midst of the downturn, thanks in large part to an influx of business people, lawyers, and promotional outfits—Bob Arum moved Top Rank’s offices to Huntington to better lobby the sanctioning body on behalf of his fighters—stimulating growth.

Meanwhile, at the United States Penitentiary, Lee, Virginia, Don King, whose efforts to shorten his 15-year sentence had been met with assurances that the government had a vested interest in keeping him locked up for a very long time, could only stew in his cell, knowing that he was nothing more than a political prisoner. He may have thought of himself as Nelson Mandela, but the great South African, himself stewing in a cell at Pollsmoor Prison outside Cape Town, had to serve his time too before his story could continue in earnest in his quest for the history books. For once, one of Don King’s fantasy fever dreams had something in common with reality; he was, on a chilly night in November in Virginia, just like Nelson Mandela.

Back in the USSR, Leonid Brezhnev personally presented Igor Vysotsky with the honor of Hero of the Soviet Union as Pravda reported on the continuing chaos in the aftermath of the Ali fight, spinning the news to a pro-Soviet slant as Vysotsky playing the role of great conqueror of the capitalist devil.

For the upcoming Olympics in Moscow, Vysotsky, who had surrendered his amateur status due to fighting for the professional heavyweight championship of the world, would be the coach of the Soviet team, responsible for preparing all the fighters for what Brezhnev hoped would be a slew of gold medals to further humiliate the Americans.

Vysotsky also fought a grand tour of exhibition bouts throughout the Soviet Union, which distracted the Russians from the ongoing economic stagnation of their own brought on by Brezhnev’s disastrous economic policies and the descent into paralysis of the Tenth Five-Year Plan. Hailed throughout as an exemplar of Soviet superiority, Vysotsky had parlayed his moment in the sun, obtained through the dirtiest of means, into a badass superhero story, Soviet style, like a comic book villain whose face turn is entirely an informed ability perpetuated by a writer with an agenda.

Whether an Irish-American espionage and dirty tricks man might just find himself wishing he’d opted for the plutonium sandwich after learning how the Soviets had spun his dirty trick is another story for another time. For now, in one of history’s lovely-yet-all-too-rare kind moments, all was indeed well that ended well for the principal players in our tale.

Roberto Duran and Wilfred Benitez square off, Salvador Sanchez makes his first appearance, and we check in on the light heavyweights after measuring with one of the scales like those available at scaleszen.com; not since Bob Foster has the division seen a true dominant force, which means a wide-open 175-pound world. That’s coming next Tuesday, July 28.

In the meantime, be sure to tune in here on Friday the 24th for Historical Fight Night; we’ve got Nigel Benn and Joe Calzaghe in the main event this week. For the true lover of boxing history delightfully bent and subverted, this is the fix you’ve been looking for.