As reported Saturday night by The Boxing Tribune, world welterweight champion Cecilia Braekhus (27-0, 7 KO’s) retained the WBA, WBO, WBC, and IBF titles with a dominant performance over IBO and GBC title-holder Jennifer Retzke (15-2-1, 9 KO’s) in Denmark. During the contest, Braekhus injured her right foot and it’s being reported that she’ll be laid up for at least a month. … END_OF_DOCUMENT_TOKEN_TO_BE_REPLACED 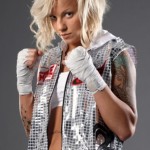 In Austria, world flyweight champion Eva Vorabarger (18-3, 9 KO’s) made the jump to the super flyweight division and brought home two world title belts; the vacant WIBF and WBF championships were both up for grabs in the bout between Voraberger and Nonggift Onesongchaigym (6-2-1, 1 KO). The new champ, who took a 10 round unanimous decision, had won the WIBF and WBF … END_OF_DOCUMENT_TOKEN_TO_BE_REPLACED 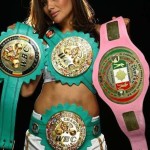 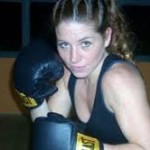 WBO bantamweight champion Carolina Duer (16-3-1, 5 KOs) extended her unbeaten streak to 15 when she scored a unanimous decision win over Estrella Valverde (7-4-1, 1 KO) in Buenos Aires, Argentina. It was the first title defense for the two time world champion, who also held the WBO super flyweight title which she defended six times in 2011-2012. Early in her pro career, Duer … END_OF_DOCUMENT_TOKEN_TO_BE_REPLACED