WBO bantamweight champion Carolina Duer (16-3-1, 5 KOs) extended her unbeaten streak to 15 when she scored a unanimous decision win over Estrella Valverde (7-4-1, 1 KO) in Buenos Aires, Argentina. It was the first title defense for the two time world champion, who also held the WBO super flyweight title which she defended six times in 2011-2012. Early in her pro career, Duer suffered three consecutive defeats, but hasn’t lost since. Valverde had challenged for a title on one other occasion, but came into this bout with a 1-1-1 record in her prior three fights. 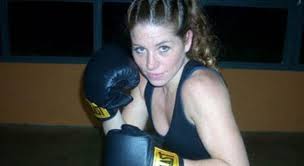 On another card in Argentina, two title bouts headlined a show in San Martin. Yesica Marcos (22-0-2, 7 KOs) retained the WBA super bantamweight title with a 10 round decision over Angela Marciales (8-8-3, 7 KOs). The challenger was coming off back to back knockout victories, but couldn’t accomplish much against the reigning champion, and lost every round. Marcos also holds the WBO super bantamweight strap, which wasn’t at stake in this bout, and has also held the Argentina and South American super bantamweight titles.

Also on the card, Edith Matthysse (12-6-1, 1 KO) became the WBA featherweight champion, defeating title holder Ogleidis Suarez (19-3-1, 8 KO’s) by 10 round decision. Suarez had been champion for just over two years after winning the interim title in late 2011. Matthysse, who had failed in a 2012 try for the IBF bantamweight strap, was coming in on a 2-2 record over her last four fights, losing her last bout in September.

Belgian lightweight Delfine Persoon (28-1, 13 KOs) unified three of the lightweight titles, defending her WIBF belt for the second time and winning the WBF and WIBA titles from Lucia Morelli (18-4, 8 KOs). Persoon had won the WIBF title in February of 2012, but had only made one defense in her last 10 bouts. Morelli had taken the titles in her last outing defeating Rola El Halabi in January. She also won the GBU title in that bout, which she still holds.

In Buenos Aires on Saturday, Fernanda Alegre (17-1-1, 8 KOs) made the eighth successful defense of the WBO light welterweight title with a fifth round TKO over Darys Pardo (26-14-3, 21 KOs). Alegre has remained undefeated since losing her second pro bout, and became world champion in 2010. Pardo had lost two of her last three bouts.

In Japan, Mari Ando (11-6, 5 KOs) rebounded off back to back losses to win the vacant WBC minimum-weight title with a close decision over Jasseth Noriega (16-3-1, 5 KOs). Noriega was also coming in off two straight defeats; this loss makes three straight failures in title opportunities.