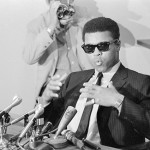 In every sport, some stand out from the rest. This is determined by their ability to decipher a situation and come up with the right combination of skills. Speed, strength, agility and endurance are other factors that separate the best from the mediocre. This is no different in boxing. Some fighters stand out of the pack and their maneuvers are admired and documented for all … END_OF_DOCUMENT_TOKEN_TO_BE_REPLACED

Boxing is all about self-worth and realizing one’s potential against all the odds. There is more to boxing than just fighting someone else in the ring. It is a journey of self-exploration, pain, happiness, disappointments, and triumphs. Filmmakers tried to capture the real essence of boxing and the incredible struggles of boxers who rose on top of their agony and sufferings. … END_OF_DOCUMENT_TOKEN_TO_BE_REPLACED 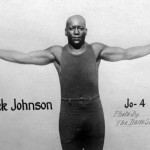 In yet another attempt to pardon Jack Johnson, the first African American heavyweight champion, for a conviction of transporting a white woman across state lines, a violation of the Mann Act, the U.S. Senate has passed an amendment urging the president to pardon Johnson. On July 17, Senator Harry Reid (D-NV) and John McCain (R-AZ) introduced an amendment to pardon Jack … END_OF_DOCUMENT_TOKEN_TO_BE_REPLACED 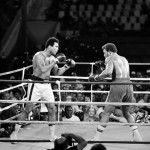 Welcome to another episode of What If's Excellent Heavyweight Adventure, where eight men enter...and four men leave. From here out, I'm assuming you're familiar with the series; if not, punch “What If” into the Tribune's search function---the archive's all there. Previously, on What If: There are two rematches on tap in this week's edition. In the very first fight of the … END_OF_DOCUMENT_TOKEN_TO_BE_REPLACED 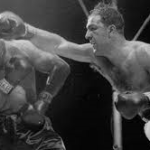 Welcome to another episode of What If's Excellent Heavyweight Adventure, where the time has finally arrived---every fight from here on out is win or it's into the time machine with you for a trip back to your own era. From here out, I'm assuming you're familiar with the series; if not, punch “What If” into the Tribune's search function---the archive's all there. Previously, on … END_OF_DOCUMENT_TOKEN_TO_BE_REPLACED