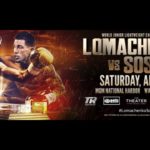 Jason Sosa wasn’t the first choice for Vasyl Lomachenko, or the second, but was definitely the best choice to display the Ukrainian’s supreme boxing talent as he painted yet another masterpiece against an overmatched foe. From the get go, Sosa was no match for Lomachenko as he was getting hit from all angles and unable to stop the champion from doing whatever he pleased. … END_OF_DOCUMENT_TOKEN_TO_BE_REPLACED 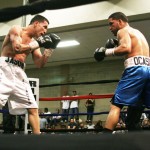 Ringside coverage by Gary Purfield In what will definitely be in the running for Philadelphia Fight of the year when the Briscoe Awards roll around, Angel Ocasio and Jason Sosa gave the crowd an electric fight in their rematch Friday night.  After a disputed draw in January at the National Guard Armory, where both Ocasio and Sosa felt they won, they returned to same venue to … END_OF_DOCUMENT_TOKEN_TO_BE_REPLACED 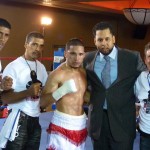 by Gary Purfield Emerging Philadelphia lightweight, Angel Ocasio 6-0-1 (1 KO) is known as much for his intelligence and polite manner as he is for his talent and skills in the ring.  He approaches life with high expectations while maintaining gratitude for his talent and what he has achieved in life.  In speaking with the young fighter it becomes evident that whether he is … END_OF_DOCUMENT_TOKEN_TO_BE_REPLACED 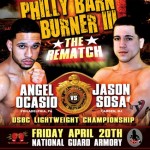 by Gary Purfield Friday night at the National Guard Armory in Northeast Philadelphia, Power Productions and MakBoxing puts on a ten bout card with a rematch of young prospects and several other local up and comers.  At the top of the bill being called Philly Barnburner Three, is a rematch between lightweights Angel Ocasio 6-0-1 (1 KO) and Jason Sosa 4-1-2 (1 KO) in an eight … END_OF_DOCUMENT_TOKEN_TO_BE_REPLACED