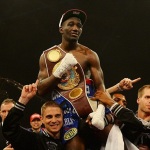 Now that the dog days of summer are almost behind us, it's time for boxing to transition to the part of the year where we more often than not get the fights we've been waiting the entire year to see. While the calendar as of this moment hasn't quite started to populate, here are a few ideas that will make the rest of our boxing year a highly memorable one. Some of these fights … END_OF_DOCUMENT_TOKEN_TO_BE_REPLACED 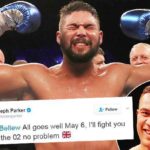 By Graeme Barrow Sometimes good fortune comes in unlikely ways. Disappointing as Joseph Parker was in his WBO title defence against Razvan Cojanu at the weekend, it could possibly result in a financial bonanza. So ordinary was he that aspirant heavyweight contenders are now lining up to get a shot at his title. And why wouldn’t they? He is clearly perceived as an easier … END_OF_DOCUMENT_TOKEN_TO_BE_REPLACED 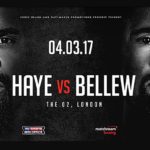 At the O2 Arena in Greenwich, London, David “Hayemaker” Haye (28-3, 26 KOs) took on Tony “Bomber” Bellew (29-2, 19 KOs) at heavyweight. Bellew moved up from cruiserweight, where he holds the WBC world title, for a heavily hyped grudge match in the UK. Going in, Haye was the heavy favorite to win, and most predicted he would win by knockout early in the fight versus the … END_OF_DOCUMENT_TOKEN_TO_BE_REPLACED

David Haye came back into the game knowing that he could still make a tremendous amount of money, even years removed from his last meaningful performance. Of course, a quick look at the Heavyweight division now suggests that the former champion may have to pick and choose very carefully against an emerging crop of mobile, hard-hitting fighters who may have his number at the … END_OF_DOCUMENT_TOKEN_TO_BE_REPLACED 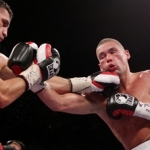 Hopefully for the sake of the British people - and international, if they were unfortunately watching - Tony Bellew and Nathan Cleverly have settled their rivalry. Earlier this evening, topping a card that underwhelmed, Tony Bellew squeaked out a split decision victory over Nathan Cleverly at the Echo Arena in Liverpool. These two have a well-documented animosity toward … END_OF_DOCUMENT_TOKEN_TO_BE_REPLACED