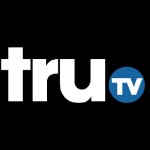 Following the avalanche of TV boxing deals announced by adviser/manager Al Haymon, Bob Arum and Top Rank Promotions have signed their own TV deal. According to a press release, TruTV and Top Rank are teaming up to produce a prime time Friday night boxing series featuring some of the promotional company's talent. The series will kick off with three consecutive Friday … END_OF_DOCUMENT_TOKEN_TO_BE_REPLACED