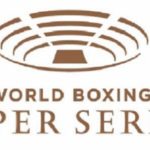 It's a great idea-- in principle. A $50 million, 16-man tournament in each division (two tournaments a year) featuring fighters ranked in the top 15 of the four sanctioning bodies competing for the awesome-looking Muhammad Ali Trophy That's the premise behind The World Boxing Super Series, an ambitious project officially announced on Thursday and spearheaded by the upstart … END_OF_DOCUMENT_TOKEN_TO_BE_REPLACED