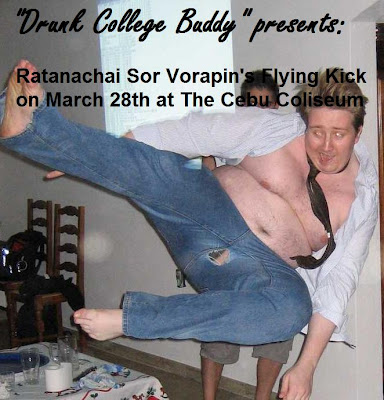 Sor Vorapin lost his temper when he was cut by an accidental headbutt and the ref wouldn’t deduct a point from Laput.