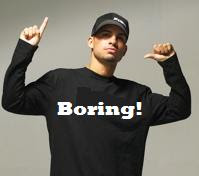 Somehow, the judges were divided on the outcome as one judge scored it 116-112 for Ruiz and the other two had Molitor up by the same score. The BTBC had it scored firmly for Molitor, 118-110.

With the win, Molitor becomes the #2 contender for the IBF 122 lb. title that Celestino Caballero took from him last November and will face the #1 contender for either a shot at the title, or should Caballero vacate like many expect, for the title itself.

After the fight, Molitor’s management said that their fighter will likely be fighting for the title by November of this year….Swell!

Daniel Jacobs (17-0, 15 KOs) continued on his road to stardom by pummelling journeyman, George Walton (20-4, 12 KOs). Early on, the fight became little more than a sparring session for Jacobs who knocked Walton down in second and pretty much had his way throughout the bout.

The one-sided beating was waved off in the 8th by referee, Bobby Ferrara