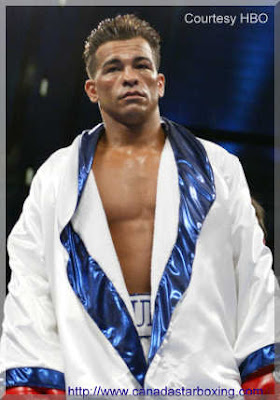 Coming off the tragic death of Alexis Arguello, Boxing has suffered another tragedy.

Here is the story from The Associated Press:

A spokeswoman for the public safety department of Pernambuco state says the body of the former junior welterweight champ was discovered on Saturday morning in the posh seaside resort of Porto de Galinhas, where he arrived on Friday with his wife and one-year-old son.

She said it was unclear how the 37-year-old Canadian died.

“There were no bullet or stab wounds on his body, but police did find blood stains on the floor,” she said, adding that his wife and son were unhurt.

The spokeswoman, who did not provide further details, declined to be identified because she was not authorized to comment on the case.