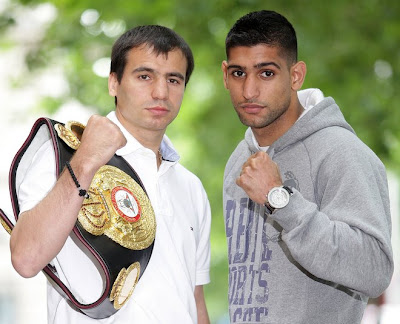 Pre-Fight Quote: “If I win this fight it will open the road to further fights, especially in America. Every fight is very important to me and for every fight I train really hard. Nobody can make any predictions, it all depends on what opportunities my opponent gives me to do what I want to do.”

Age: 22
Height: 5′ 10″
Reach: 72″
Stance: Orthodox
Career Achievements: 2004 Olympic Silver Medalist
Notable Opposition: Willie Limond (Win via RTD 8), Breidis Prescott (Loss via KO 1), Marco Antonio Barrera (Win via TD 5)
Pre-Fight Quote: “Kotelnik is a fighter who keeps his guard very high so I think the body shots are going to work as well as the angles, I’ve got to hit and move. In and out movement is also going to work, but he’s a counter fighter so I have to be one step ahead of him every time. The key to victory is being patient and using my brains, being careful in the fight and just not making the mistakes we made in the last few fights.”
*********
Paulie The Sicilian’s Prediction: Make no mistake about it, Frank Warren intends this to be Amir Khan’s coming-out party and if Khan stays conscious for the entire bout, he’s getting the nod.
Khan’ll come out, stickin’ and movin’ and Kotelnik will follow him around for the full 12, occasionally touching and buzzing Khan, but never really able to close the gap.
Kotelnik is the much better technical boxer, but he lacks the athleticism of Khan and he lacks the power and drive to keep the 22-year-old (and the judges) honest.
Amir Khan takes this via Unanimous Decision with scores of 117-111, 116-112, 116-112.