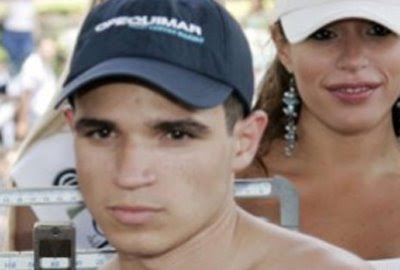 Boxer Marco Antonio Nazareth died Wednesday at a hospital in his hometown of Puerto Vallarta, Mexico, four days after suffering a brain injury in a technical knockout loss to Omar Chavez. He was 23.

Nazareth was standing when the referee stopped the fight, but he had been knocked down in the first and fourth round and collapsed in his corner afterward. He was taken out of the ring on a stretcher and hospitalized after the fight with a brain hemorrhage. Although doctors operated in an attempt to save his life, his condition deteriorated.

Nazareth had a 4-4 career record and had lost to Chavez once before. Chavez, who is 17-0-1, is the son of Mexican boxing legend Julio Cesar Chavez.