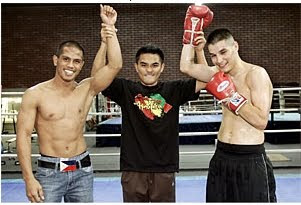 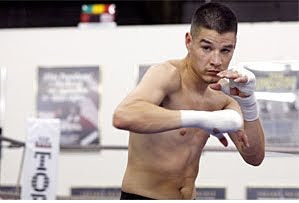 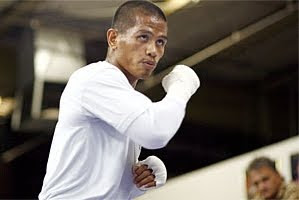 Paulie the Sicilian’s Prediction: There’s no doubt that Luevano is the better, more accomplished pro boxer. He’s not really outstanding in any one area, but he’s well-schooled…and that goes a long way these days.

Concepcion is a ball of energy, but, on paper, doesn’t even belong in the ring with Luevano.

However, this fight ain’t just on paper…

Luevano doesn’t like to be pressured; He has serious issues when fighters press him and don’t give him the space and time to execute his gameplan. And, unfortunately for him, he just doesn’t have the one-punch power to keep an aggressive opponent off him…

Luevano will go into the second half of the fight with a slight lead and Concepcion will be pressing the entire time. Eventually, Concepcion’s pressure and the will of the pro-Filipino crowd will weigh on Luevano and he will tire.

Concepcion stops an exhausted Luevano in the 10th or 11th.