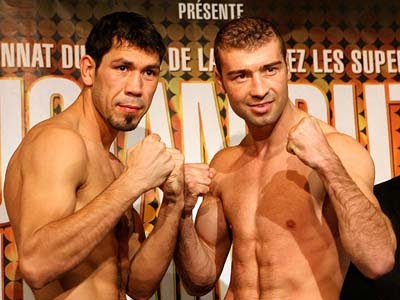 Pre-Fight Quote: “It was a small mistake (the ending of the first bout where he was dropped and hurt badly), this time I will be better,

Super Middleweight by The BTBC

Pre-Fight Quote: “I came there to knock him out and that’s exactly what I did. I got to him and I’ll get to him again.”

Paulie the Sicilian’s Prediction: Bute boxed Andrade’s shorts off for 11 and a half rounds last time before getting knocked loopy. Andrade will be coming in with more confidence and the knowledge that he can hurt Bute…that will be a big factor in keeping this contest a lot closer than the first one.

But, still, Bute can outbox Andrade all night and hold when necessary…and he’ll get the chance to with the Canadian officials.

Bute wins this via closer UD than the first time, but he won’t be in danger at any point.