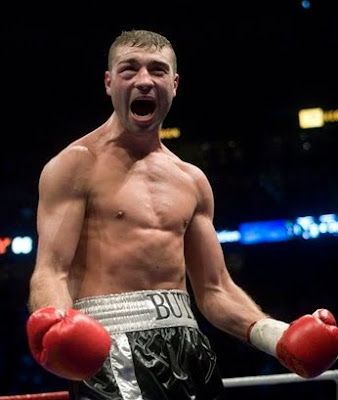 The good and bad of boxing was on display Saturday night at the Colisee Pepsi in Quebec City, Canada.

In the opening bout of the HBO championship doubleheader, for the vacant IBF Lightweight title, Ali Funeka battered and out-worked Joan Guzman, only to have the fight scored a draw by the Canadian judges.

Although Guzman came out fast, peppering Funeka’s long, lean midsection with body shots, Funeka began to find the range with his jab and turned Guzman’s face into a bloody mask with a possibly broken nose. Guzman also suffered a cut on the inside brow of his left eye that was caused by an accidental headbutt.

Funeka had Guzman stunned a couple of times in the later rounds, but Guzman proved his mental toughness by surviving until the final bell.

The result seemed a foregone conclusion as Funeka seemed to absolutely dominate most every moment of the final ten rounds.

However, nothing is ‘for sure’ in boxing…especially in Canada.

Jaws dropped around the boxing world as the score was read: 116-112 for Funeka by the American judge Joseph Pasquale and an incomprehensible 114-114 from Canadian judges Benoit Roussell and Alan Davis. The BTBC had it scored 117-111 for Funeka.

Then came the good:

Lucian Bute avenged his controversy-tainted first victory over Librado Andrade with an absolutely wonderful display of professional prize fighting in front of a very partisan crowd of supporters.

Andrade was dropped hard in the middle of the fourth with a sharp left hand counter as he lunged forward. He didn’t appear hurt, but the difference in skill level was becoming painfully apparent.

With seconds left in that same round, the southpaw Bute connected with a beautifully-timed left to the liver as Andrade rushed forward. Andrade hit the canvas hard and, paralyzed with pain, was unable to beat the count.

This was Bute’s fifth defense of his IBF Super Middleweight title.