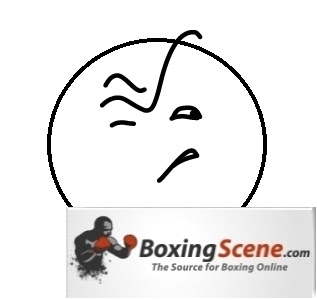 According to Boxingscene, Floyd Mayweather Jr. is eyeballing a fight with 19 year old prospect Saul Alvarez. Before this, Mayweather was rumored in Boxingscene to be fighting Nate Campbell and Paulie Malignaggi, then it was Kermit Cintron…until some started talking about the fact that Cintron would not be such a bad choice for a time-filler while waiting for Mosley or Pacquiao…Then, Cintron talk was dead.

Don’t you find it odd that these rumors, all with negative implications for Mayweather, always seem to pop up on Boxingscene? Isn’t it odd that whenever Bob Arum has something to get off his chest, Boxingscene is always first in line to facilitate a Top Rank rant? Why is it that other respected boxing news sources aren’t reporting these “strong” rumors?

They can’t be coming from Team Mayweather or Golden Boy. What would they have to gain by making their guy look like a dope, looking to take the easy way out?

I’ll leave that answer to the inquiring minds of the readers.

All I’ll say is this: If you want the truth about the sport of boxing, stay away from these high-profile, big budget sites…They are businesses looking to pay bills and make a profit. They take money from the same promoters that they are trusted to report on…

For the truth, come to independent websites like The Boxing Tribune and other independent media sources who have no vested interest in telling anything but the truth.