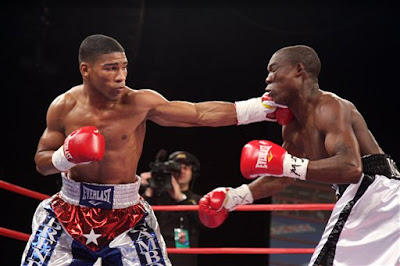 Rogers Mtagwa looked little more than a journeyman last night as Yuriorkis Gamboa used him as a human punchbag by landing 50% of his wild punches in their co-feature at Madison Square Garden.

Gamboa was devastating as he knocked down his Tanzanian challenger three times before referee Steve Smoger had seen enough. Gamboa has always been a blitz of entertainment, but this was by far his best performance to date. The amateur prospect showed that he can step up in class, no bother.

It’s always been tough for Rogers Mtagwa, who loses no respect for being out of Gamboa’s league. Some may argue that Mtagwa overtrained as he weighed in at 122.5 pounds in Friday’s weigh-in, but he was simply beaten to the punch by the younger, classier opponent. 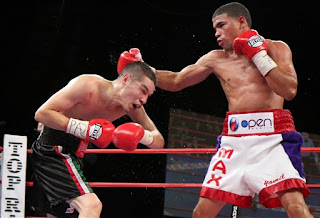 Juan Manuel Lopez’s performance might not be as spectacular or firework filled as his Cuban stablemate, but in my view it was as impressive.

The Puerto Rican started patiently, but changed gear after the third round to take full control of the fight. His domination of Luevano saw him capture the WBO featherweight title in his debut fight at the weight.

Luevano didn’t pose a threat to Lopez throughout the contest and struggled to establish a rhythm for his jab. Fight fans have to understand that Luevano is a much more skilled opponent than Mtagwa, especially at 126, and that Lopez produced a disciplined performance to stop Luevano for the first time in his professional career.

Gamboa and Lopez are now on track to fight in June or July, and it would make one of the most hotly awaited bouts of 2010, maybe second to a certain Floyd Mayweather Jr. and Manny Pacquiao. Both young fighters are undefeated, can pack a mean punch and have generated more excitement to their showdown. Lopez’s bandwagon may still have the handbrake on following the Mtagwa fight, while Gamboa’s might be in full flow, but it makes for an even more intriguing fight.

Post fight, Arum hinted at WBA super bantamweight champion Celestino Caballero and WBA featherweight champion Chris John as possible opponents for Lopez and Gamboa. There’s only one fight that the fans want to see involving Gamboa and Lopez, and that’s against each other.
Look at how Hopkins-Jones II and Calderon-Viloria have turned out. How much has the interest in those fights dropped since Jones Jr. was blown out in one by Danny Green, or since Viloria gassed early Saturday morning against Carlos Tamara? Arum should look at those prime examples to make the correct choice; An enticing Cuba vs. Puerto Rico fight awaits.