0
SHARES
ShareTweet
Minnesota Middleweight Champion Andy “Kaos” Kolle
Gets Back Into Action on February 5 in the Twin Cities
MINNEAPOLIS, MINNESOTA (February 1, 2010) – Minnesota’s middleweight champion is slated to make his return to the ring this Friday. Andy “Kaos” Kolle (19-2 14 KO’s) will take on power punching Pat “The Cat” Coleman (29-15 20 KO’s) on February 5 at First Avenue in Minneapolis.
Kolle is coming off of a highlight reel knockout of Anthony Bonsante in March, and an impressive stoppage of Anthony Shuler in June. Although Kolle has been inactive for six months he insists that February 5th presents an opportunity to not only get back into action, but turn some heads in the Twin Cities.
“I am really looking forward to getting back into the ring, it has been too long! It has been a few years since I have fought in the Twin Cities so I can’t wait to come and show the boxing fans there what I got. I don’t know much about my opponent but that is nothing new to me so I will be ready for whatever he brings to the table”
Kolle vs Coleman will be promoted by Midwest Sports Council in association with RDS Company and will bring Boxing to the Venue made famous by Prince in the mid 80’s. 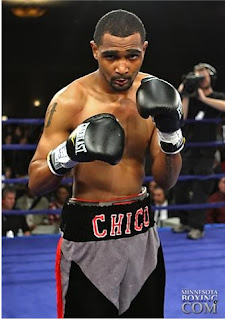 *Co-Main Events:
Heralded prospect and former Olympic prospect Javontae Starks (2-0 2 KO’s) finally gets to fight in his hometown.  Starks, who is already being discussed as a future Title Contender, will do battle for the first time in his native Minneapolis when he takes on Matt Ellis (2-1) in the co-feature.
*Feature Bouts:
Starks’ stable mate Jeremy McLaurin (6-0 4 KO’s) from Coon Rapids will also be in action against local brawler Hector Orozco from Hopkins. Minnesota Bantamweight Champion Antwan Robertson (5-1-1), Minneapolis; Latin Sensation Jose Hilario (1-0) of St. Louis Park; and Don Tierney (1-1) of St. Paul round out this talented fight card.
*Fighters subject to change.
Weigh-In Scheduled – February 4th @ 3:30 p.m. – Target Center
The next scheduled media event for “Fight Night @ First Avenue” is the weigh-in, set for 3:30 p.m., Thursday, February 4th at First Avenue.  We recommend picking up your Fight Night @ First Avenue media credentials at that time.  Please contact Brett Mauren at (612) 275-2885 for Media Credentials.  Video highlights of featured fighters are available to all media outlets upon request.
Ticket Information:
Tickets for “Fight Night @ First Avenue” (18+) are on sale now at the First Avenue box office, all Ticketmaster outlets, charge by phone at 651-989-5151 or online at www.ticketmaster.com.  Arena seating ticket prices are $25, $35 (reserved-stage).  VIP ring side tables are also available by calling 612-388-5228.