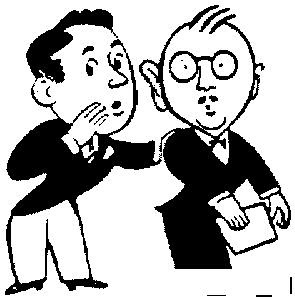 It’s been a long time since our last rumor mill, but there have been plenty of little birds discussing negotiations and purse bids across the globe. Here are the best and worst of the inaccurate whispers.

Wladimir Klitschko vs. Alexander Povetkin – There seems to be a disagreement surrounding this fight as to whether it will or will not take place. The IBF have ordered Povetkin to take full advantage of his mandatory position or they’ll crack the whip and drop him, but Team Povetkin are in two minds as to take the money fight now or risk losing their shot at the big time and prepare their fighter a little better. This should be a good fight as Povetkin holds the most stubbornness, and maybe talent of all of Wladimir’s previous opponents.

Devon Alexander vs. Marcos Maidana – A fight between two fighters that have impressed on HBO in their young careers serves good for fight fans, especially when you have a speedster in Alexander and a monster puncher in Maidana. Alexander has openly expressed his desire of facing Maidana, and this could happen in August if both camps agree terms.

Steve Cunningham vs. Troy Ross – This would be a historic fight for The BTBC, as it would be the first title fight involving our carefully chosen House Fighters in Troy Ross, who would attempt to fill the IBF vacancy by defeating #1 cruiserweight Steve Cunningham. In my opinion, this is a better fight than Cunningham-Godfrey, which also got the blood pumping. It could be the news that the cruiserweight division needed to kick-start itself since David Haye and Tomasz Adamek departed to heavyweight.

Miguel Cotto vs. Yuri Foreman – Yes I know, this one’s already set, but there’s an on-going fight that between the two for trainer Emmanuel Steward, who’s on both fighters’ wishlist coming into June 12. Foreman was on the verge of clinching Steward before Team Cotto waded in and look set to convince Steward to join their camp instead. It might be the deciding factor on June 12.

Carlos Tamara vs. Luis Lazarte – Moving on to a fight that has just been signed, as Brian Viloria’s conquer, Carlos Tamara, will defend his IBF title for the first time against experienced Argentine, Luis Lazarte, who has a unsuccessful history in light flyweight title fights. Tamara has one eye on a fight with Ulises Solis later on in the year. Staying true to form, Ivan Calderon is staying well away.

Andre Ward vs. Andre Dirrell – The promoters have already disagreed about the venue and there’s only a week been since they started talking. The fight between the two American Olympians has been scheduled for September 25, but will probably change a couple of times before nailing a final date.

Juan Manuel Lopez vs. Bernabe Concepcion – Again, hardly a shocking discovery, but there has been development in negotiations, date, venues, etc. The most surprising news is that Showtime are rumoured to have picked up the fight, scheduled for July 10 in Hato Rey, Puerto Rico. But HBO still is favourite to broadcast the fight as they’re working on a big showdown between Lopez and Gamboa next year, and it would be foolish to allow Lopez fight on a rival broadcaster.

James Toney vs. Jonathan Banks – This looks to be the first step in Toney’s last push at his goal of heavyweight glory, which is unlikely to be reached soon. I’m pleased to see this fight getting made, as it not only shows that Toney actually might have realised he needs to start from the bottom to get to the top again, but that he is willing to risk everything against a puncher in Banks.

David Tua vs. Hasim Rahman – Both successful in March, could they turn to each other in search of a rise from the heavyweight scrap heap? Tua hasn’t beaten a legit contender for yonks, Rahman doesn’t look like he wants to get himself up that ladder and is doing this all for pride, and money of course.

Tony Thompson vs. Cedric Boswell – More from the redemption from American heavyweights, as Thompson, a little higher up the ranks than Toney, is looking to build on a stoppage win over Chazz Witherspoon with a victory over Cedric Boswell, who replaces Jason Estrada who picked up an injury.

Ruslan Chagaev vs. Kali Meehan – Quick jump back to the heavyweights, two of the WBA’s favourite heavyweights will battle it out on May 22 in Rostock, Germany. Meehan is a Don King fighter, and you guessed it, inactive. Chagaev is coming off a heavy loss to Wladimir Klitschko.

Gennady Golovkin vs. Anthony Mundine – Firstly, shame on the WBA. Secondly, praise on the WBA. They’ve promoted Felix Sturm into ‘Super Champ’ position, which is a bad thing as it frees up the ‘Regular Champ’ belt, which will be filled by the winner of Golovkin-Mundine, which is an evenly matched fight.

Julio Cesar Chavez Jr. vs. John Duddy – Make what you want of it, it’s a pretty even fight.

Joe Calzaghe vs. Bernard Hopkins – If Bernard wins on Saturday, which is a bigger if than some might think, Joe Calzaghe might be tempted to come out of retirement and fight Hopkins for the second time in Las Vegas. Remember, you heard it here first!