The Ring have told us “to expect major shake-ups” in their pound-4-pound ratings in the coming months, so I thought I’d weigh-in with my personal mythical rankings. I’ll rank twenty-five of the world’s best fighters for you to agree, or most probably disagree and wave your fists at the computer screen in anger. Three of the best is the fighter’s three best victories or draws from 2007 onwards and last ranking is self-explanatory. Without further ado, here’s 25-11.

Two impressive wins over former titlists have shot Alexander up to the top 25 and I expect Alexander’s rise to continue if he keeps winning against high level opposition.

Lopez enters after a solid performance against Steven Luevano. His next fight is against Bernabe Concepcion on July 10 in Juanma’s first defense of his WBO title.

John keeps dropping down the rankings and it’s his longevity that keeps him in my top 25. He needs to face a top 10 contender to solidify his position, and his next opponent Fernando David Saucedo doesn’t qualify as a legit opponent.

The third featherweight in a row, Caballero drops but is still hunting down the big guns in search of a healthy payday. He faces Daud Yordan this coming Saturday in a tough fight for the Panamanian.

Two-weight world champion Haye moves up two places following his impressive stoppage victory over John Ruiz. Hopefully, we can see Haye match-up with a Klitschko before the end of 2010.

Big bro’ keeps his position and his next defense is against Albert Sosnowski, which is a fight that can only damage his ranking.

Miguel Cotto drops one place because of a new entry, and his scheduled fight against Yuri Foreman will guarantee movement for the two-weight world champion.

Martinez could possibly enter the top 10 with a win against Kelly Pavlik in a fortnight at Atlantic City. His performance against Paul Williams is the reason he’s ranked at #18.

Andre Ward is now the favourite to win the Super 6 Boxing Classic 168-pound tournament after he annihilated Mikkel Kessler to win his first world title. Allan Green is his next opponent.

Wonjongkam regained his WBC title with a victory over Koki Kameda where he also won The Ring Championship belt in the process. Plenty of big money fights on the table for Wongjongkam, and maybe he can rise further up the pound-4-pound stakes if he keeps defeating his rivals.

Donaire hasn’t capitalised on his spectacular kayo victory over Vic Darchinyan, but an interesting rematch maybe on the cards. Can three pounds make a difference?

Pavlik would be edging near the top 5 had he not been humiliated by Bernard Hopkins, but now finds himself re-building a damaged reputation with Martinez next up.

The highest rank Brit is at #13 and his impressive resume of opponents could feature Mikkel Kessler on April 17.

Calderon was slated to face Brian Viloria before the ‘Hawaiian Punch’ lost to Carlos Tamara, and now the undefeated Calderon faces mandatory challenger Johnriel Casimero who’s an up and coming dangerous Filipino. 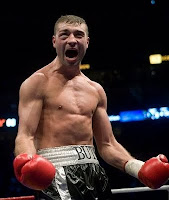 The best super middleweight outside of Showtime’s tournament will face Edison Miranda this month with one eye on the outcome of Pavlik-Martinez who fight in the co-feature on HBO.

The rankings will continue tomorrow with part 2, ranging from 10-1.