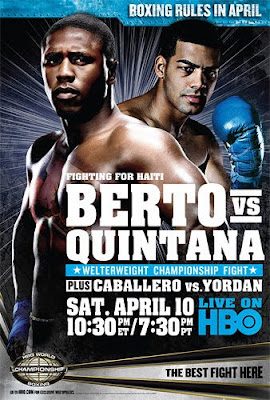 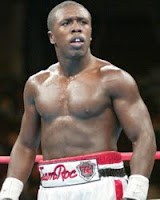 Pre-Fight Quote:“I appreciate everyone coming out. I had a tremendous training camp and it’s going to be a terrific night of boxing on Saturday night. Carlos Quintana is a former world champion and a crafty southpaw. This is my third straight southpaw so I’m pretty used to them by now and I had some great southpaw sparring in training camp. I’m excited to get back in ring and honestly, I wish the fight was tonight. I’ve never been this focused, hungry and motivated for a fight before and Carlos Quintana has a major task on his hands on Saturday night. I’m going to let everything loose for a good cause, and you are going to see the best of me on Saturday night. It’s going to be a terrific night of boxing and I hope everyone will come out and support this very important cause.” 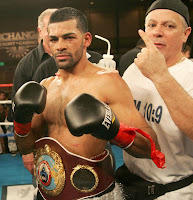 Age: 33
Height: 5′ 19 1/2″
Stance: Southpaw
Career Achievements: Former WBO Welterweight Champ
Last 5 Fights: Christopher Henry (Win via TKO-4), Paul Williams (Win via UD-12), Paul Williams (Loss via TKO-1), Joseph Onyango (Win via TKO-4), Jesse Feliciano (Win via TKO-3)
Pre-Fight Quote:“Andre Berto is a great, young fighter with a lot of power, but I’m also a great fighter and I will prove it Saturday night. There can only be one winner on Saturday night and I will be the winner and the new WBC Welterweight Champion of the World. I trained very hard for this fight, for a world title fight and for Berto. I did everything necessary to take the belt from Berto. You might see Berto acting very calm and peaceful right now and this a great cause, but he’s a fighter I’m prepared to see something different on Saturday night, and it will definitely be a fight.”
*********
Dafydd ‘The Pocket Rocket’s Prediction: Stylistically, Carlos Quintana is hell for Andre Berto. People know that and have blended it into their predictions. Stylistically, Andre Berto is hell for Carlos Quintana. I don’t think people have considered that. Quintana, doesn’t have the heart or grit to keep going when it gets tough, and Berto will punish him in this fight for every mistake Quitana will make. Quintana struggles with speed and his defense has dropped since the Williams fight, being floored by Jesse Feliciano, who’s a similar puncher but a lot slower than Berto. Quintana’s smart, and a very good technician, but Berto will have too much here, way too much. Andre Berto TKO-8