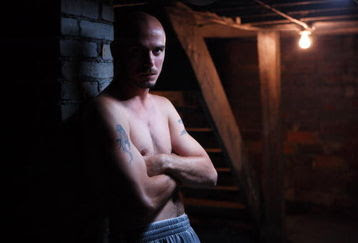 Two years ago, every informed finger was pointing directly at Kelly Pavlik as a “for sure” superstar of the future and, possibly, as the face of the sport as guys like Oscar De la Hoya faded from the scene.

You couldn’t ask for a better back story or more impressive rise to glory.

Two big wins over a pound-for-pound Jermain Taylor, a destruction of the still well-regarded Edison Miranda as well as victories over fringe challengers like Bronco McKart, Jose Luis Zertuche and Fulgencio Zuniga; It all pointed to a legit pound for pound placement with a definite eye aimed at upward movement.

There seemed to be no limit to how big Pavlik could grow. A blue collar, pickup-driving Mid-west middleweight champ with an exciting style and, seemingly, not an ounce of pretense to him. Lord, this kid was destined to be a money machine!

But then Pavlik (or his people) veered off Top Rank’s carefully prepared course and stalled in the proverbial roadside ditch.

A one-sided schooling to Bernard Hopkins at 170 lbs, injury, inactivity, listless performances and one public relations disaster after another have characterized the last two years of “The Ghost’s” career.

Now, Pavlik’s last real chance to get off the side of the road and back onto the path of glory will be coming this Saturday in Atlantic City against Argentine world jr. middleweight champ, Sergio Martinez.

A loss for Pavlik ends the wild ride and permanently sends him back to the full-time job of being Youngstown, Ohio’s resident big fish in a small pond. But, in Team Pavlik’s typical short-sighted fashion, even a win for Pavlik is not likely to regain his status of twenty four months earlier.

Aside from being a strong, quick-footed, southpaw, Sergio Martinez is also the fans’ second choice of opponent for Pavlik with Paul Williams , who just beat Martinez in a thrilling war, being the consensus preferred opponent.

So, essentially, Team Pavlik has made it so that a win for Kelly in his biggest fight since the Hopkins debacle, will still be coming against the guy who just lost to the fighter that Pavlik is accused of ducking.

Martinez has a nightmare style for Pavlik that will force him to revisit the same technical flaws that cost him against Hopkins…Aside from that, Pavlik has to impress and convince the masses that this is the same Kelly Pavlik of old, fully recovered from a bad turn of recent events and a potentially career-ending hand injury.

This will be a real test of whether Pavlik truly wants to be at the top of the sport again and, as has been the case ever since he reached the spotlight, he’ll have to do it all with his own team seemingly stepping on his feet every step of the way.